According to Nintendo, the Switch bundle will be available from midnight on 22nd November. Yep, that’s a full five days before Black Friday actually starts proper. The retailers confirmed to be stocking it so far include Amazon, Walmart, Best Buy, Target and GameStop. 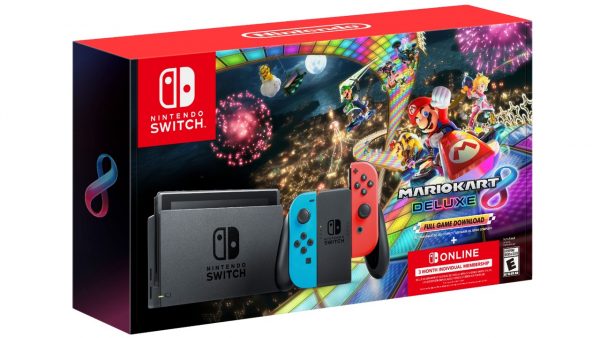 Those of you with a good memory will notice the striking similarities between the Switch bundle made available over last year’s Black Friday. The key difference this time around, though? This one features the new Switch model with improved battery life.

You can be sure we’re adding this to our page dedicated to all the best Nintendo Switch Black Friday deals. You’ll want to keep an eye on that over the coming weeks for even more Switch bargains.

Plus, take advantage of a $20 discount on games like #SuperMarioMaker2, #LuigisMansion3, The Legend of #Zelda: Link’s Awakening, & more! https://t.co/rU9q7vXTMm pic.twitter.com/SpahOsnjmY

But that’s not all! Alongside this console bundle, a number of Nintendo Switch games will also be reduced to $39.99 over the Black Friday period from 20th November.. Some of the games featured in this promotion are New Super Mario Bros. U Deluxe, Super Mario Maker 2, The Legend of Zelda: Link’s Awakening, Luigi’s Mansion 3, Fire Emblem: Three Houses and Splatoon 2.

Some big names like Super Mario Odyssey, Super Smash Bros. Ultimate and Animal Crossing: New Horizons are sadly missing, but that doesn’t mean they won’t see smaller discounts if we’re lucky. To be fair, though, these three will sell so well anyway that I don’t think Nintendo wants to drop the price!

Not a bad selection to get us started, then! Remember you can also follow Jelly Deals on Twitter as we share all the best offers we come across from around the web on games, tech and so much more.