Tata launched it in two trims petrol and diesel and there was no automatic transmission on offer. Also, the petrol engine in the Altoz is derived from the Tata Tiago. This 1.2L Revotron Petrol Engine is not as sufficient for a car of this size and it also feels underpowered in highways while overtaking. Now, the company is all set the Tata Altroz Turbo in the Indian Market. It will share the same engine which comes in the Tata Nexon. Apart from this, now it can also get an automatic transmission which can be AMT or DCT. 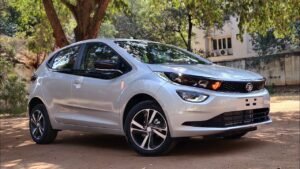 There will be no external changes to the turbo version of the Altroz except for the turbo badge on the tailgate. Tata Altroz ​​is a very good looking car; some users are buying it only for its look and design. It is also the first vehicle to build on the company’s all-new ALFA platform. Also, it is the safest car in this segment as it has got a 5-star rating in the NCAP test. 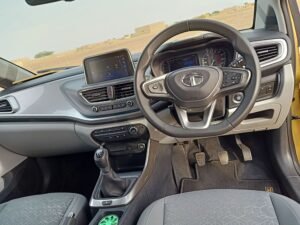 It will come with black interiors with the sporty flat-bottom steering wheel, floating touchscreen, flat AC vents, asymmetric AC control panel and more. Apart from this, it will also get all the bells and whistles like a regular version car. Such as Auto AC, Rear AC Vent, Harman Audio System, Rear AC Vent, 16 Inch Alloy, Cruise Control etc. 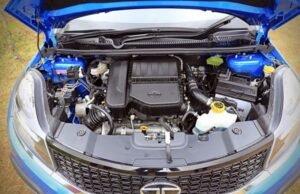 The current car comes with a 1.2L naturally aspirated 1197cc petrol engine that produces 84.48bhp of power at 6000rpm. The same engine also powers the Tata Tiago and Tigor. It is a three-cylinder engine and this car weighs so much that it feels weak. Also, during our test, we rowed it and the car struggles while overtaking on the highways. In addition, some enthusiasts were ignoring the regular Altroz due to the performance of its three-cylinder Revotron engine. This was the main reason to launch this car with a turbo engine.

Recommended: All you need to know about Hyundai i20 2020: Price, Launch Date, Features

The Upcoming Tata Altro Turbo will come with the 1.2 Turbocharged Petrol Engine which will produce 108 bhp of power at 5,500 rpm and torque of 140 Nm at 1,500-5,500 rpm. This Same engine also powers the Tata Nexon, now it will be seen Altroz will also come with AMT transmission or DCT. In terms of mileage, this engine will easily deliver a mileage of 12 to 14kmpl in Tata Altroz.

Launch Date and Price in India 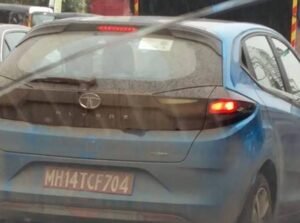 The Altroz Turbo has been spotted many times while testing on Indian Roads and Company’s official Altroz Website. Its launch will take place very soon in the Indian Market. We can expect the launch of Altroz Turbo B Before Diwali Festive Season 2020 or By November End. According to reports, Tata Altroz Turbo will start at Rs 7.99 lakhs Ex-Showroom Delhi. It will be available from XT Variant. It will compete with Honda Jazz 2020, VW Polo TSI and and recently launched All-New Hyundai i20 1.0 Turbo Petrol.