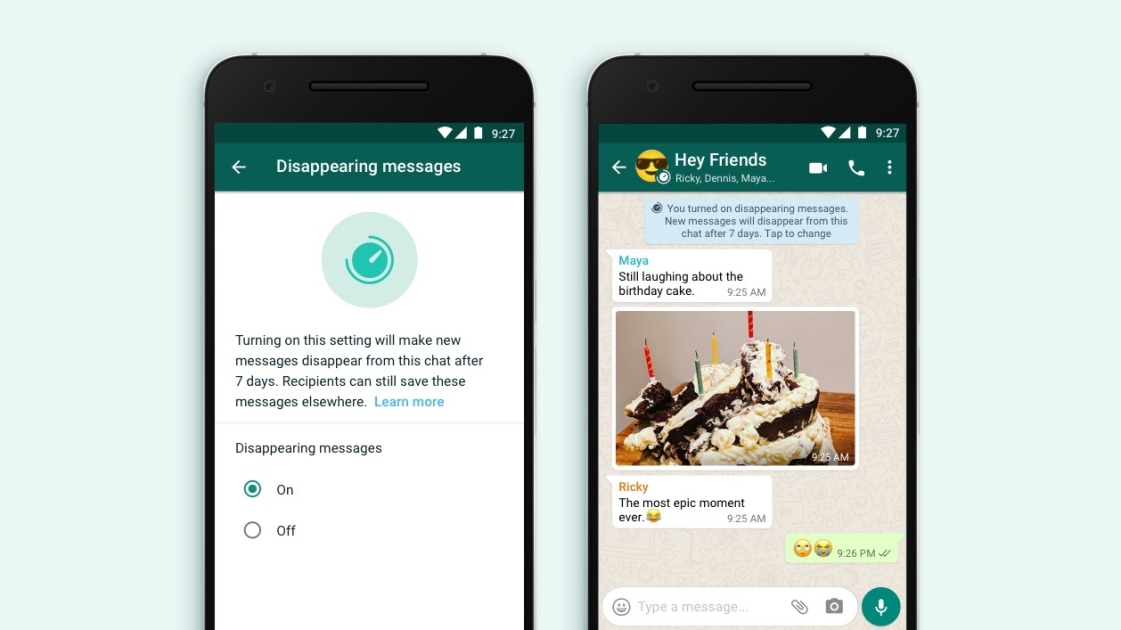 You’ll soon be able to get your WhatsApp messages to self-destruct after a certain period. The service has started rolling out “disappearing messages,” and when it’s switched on, WhatsApp will delete new chats within seven days. According to the Facebook-owed messaging service, the feature will “make conversations on the app feel as close to in-person chats as possible.” Also, it decided on seven days, because that’s short enough to assure you that your conversations aren’t permanent while still leaving you enough time to get back to recent conversations.

The WhatsApp team has been testing disappearing messages since at least October 2019. Back then, it was only available for group messages, but the finished product works for both group and individual chats. While both parties can switch on the feature for one-on-one chats, only admins can turn it on for group conversations.

Before you decide to send sensitive information through WhatsApp now that it has a self-destructing messaging feature, take note that it has its limitations. Messages from a conversation with the feature switched on can still be forwarded, and they will not disappear in the forwarded chat unless disappearing messages is also active there. Quoted messages in replies could remain visible in a chat for longer than seven days, and messages could remain visible as notifications even after they’ve been deleted if you don’t clear them.

Further, WhatsApp will retain a copy of your messages if you make a backup before they get deleted. Any media you send through the app will also be saved on your friends’ devices if auto-download is on. There’s nothing stopping people from taking screenshots or photos of your chats, as well. Even so, it’s a good feature to have, if only so that you won’t have keep seeing old conversations. The feature will be available to all users in the world within this month.

WhatsApp, disappearing messages, news, gear
All products recommended by Engadget are selected by our editorial team, independent of our parent company. Some of our stories include affiliate links. If you buy something through one of these links, we may earn an affiliate commission.