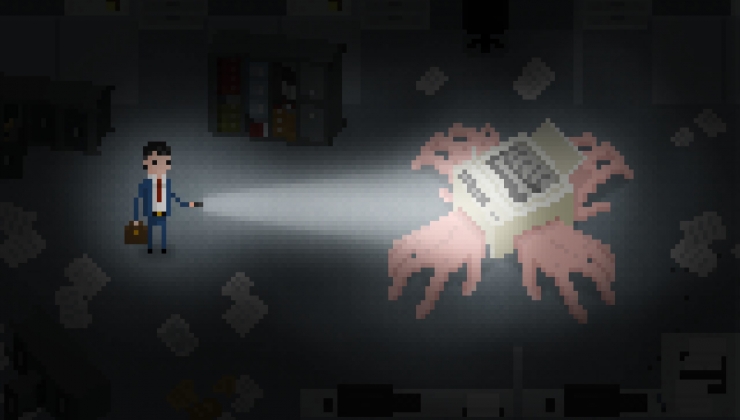 The dark work-horror comedy Yuppie Psycho from 2019 got a nice surprise upgrade for everyone with Yuppie Psycho: Executive Edition available now as a free upgrade. It’s a popular game, with it being rated “Overwhelmingly Positive” by over a thousand users on Steam.

You play as Brian Pasternack in a dystopian 90s society, starting a new job at one of the biggest companies in the world, Sintracorp and of course you’re totally unqualified. It doesn’t take long to find out what you’re really there for, which is to hunt a “witch” whose powers made the success of the corporation possible in the first place.

With the Executive Edition being released on October 29, here’s what’s new:

Seems like a great time to check it out, especially if you wish to carry on some Halloween vibes in your gaming.

You can buy it on Humble Store and Steam. The GOG store does not have a Linux build.