There’s no way Pikmin 3 came out over seven years ago.

Wait, I’ll just check…nah, I don’t believe it, it must be a typo. Wait, we reviewed it! That info box looks pretty legit. Maybe it did.

Either way, it’s hard to believe it’s been that long, as Pikmin 3 has remained a staple of my dusted-off Wii U since. I still head back into the little pint-sized world to blow off some steam from time to time, and the Bingo Battle mode has been a perpetual font of fun for my wife and I.

The Deluxe version on Switch makes things a little easier on us if we want to boot it all back up again, even if it’s not a huge upgrade. 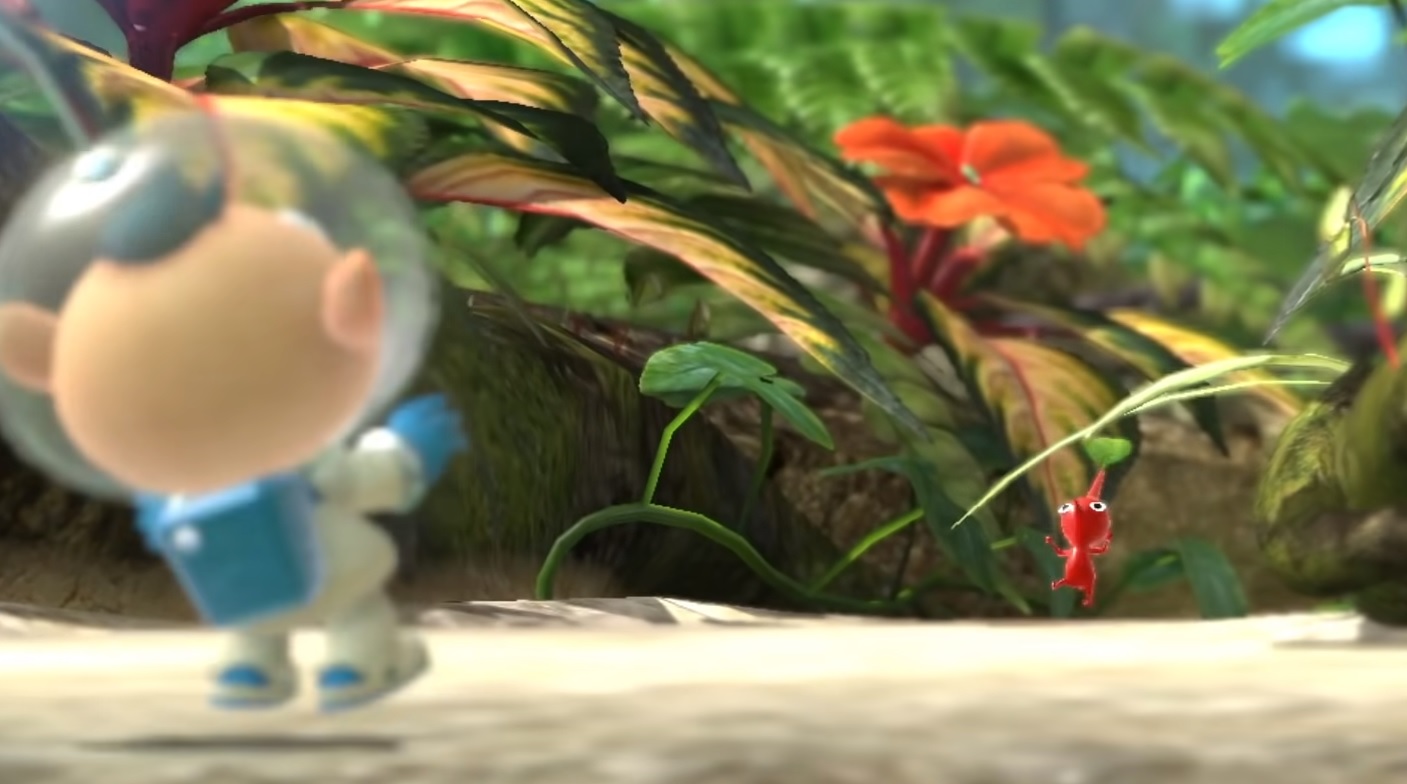 The meat of Pikmin 3 still lies with its story mode, which sends three intrepid adventurers crash-landing on a treacherous planet while trying to save their civilization. How do you do that? By commanding armies of cute little creatures, of course.

This raw formula was divined back in 2001 and it still hasn’t gotten old yet. Pikmin 3 took things a step further by introducing new creatures into the mix, which further break down the nuances of combat and exploration with extra abilities that present new tactical decisions. Knowing which Pikmin is the best creature for the job is the key to survival in multiplayer — or besting the top times in the game’s mission mode.

The gist is that you’re commanding a small army of creatures to do your bidding; collecting items, breaking through barriers, and defending yourself against hostile (and not-so-hostile) denizens of the planet. Specific Pikmin can be swapped to deal with certain situations: like Blue Pikmin for water-based puzzles, Yellow Pikmin for long-range reconnaissance and electric hazards, and so on.

It sounds simplistic, but it absolutely works. Although the campaign is a bit hand-holdy at first (you can mostly skip the remedial text at least), it does shift to a point where there are choices to be made and optional paths to explore; all while being governed by a time system that asks you to return your Pikmin to home base before the creatures of the night attack them.

This time around in the Deluxe edition, you’re getting co-op for the campaign as well as side stories: which unlock as you progress through the story and are very in line, quality-wise, with the core game. Don’t get too excited though: both storylines (one opens up after a few story missions, the other unlocks after the game is finished) mostly serve as remixed missions of sorts with little narrative tension or elucidation. They’re fun, but about as fun as the other onboard missions are.

So those are the main additions. Other tweaks include a new “Ultra-Spicy” difficulty setting, more streamlined lock-on capabilities, an in-game achievement system (badges), and a “Piklopedia” that documents various bits of the game as you discover them. Prior DLC (some extra standalone missions) is also included. Beyond the other changes, just capping your Pikmin to 60 (from 100) in Ultra-Spicy could be the excuse people need to play Pikmin 3 again — especially if they have a co-op partner.

But these tweaks might not be enough for people to trash their Wii U copy and pick up a shiny new Switch cart. The side story missions are in line with the rest of the campaign and fun to play in co-op, but for solo players, you’re pretty much getting the same game with very similar visuals (the “Deluxe” moniker mainly refers to content, rather than any extra graphical sheen). As someone who spent ages toiling away with the core game and the fabulous Bingo Battle mode though, I don’t mind.

Bingo Battle really is such a huge part of why I enjoy Pikmin 3 so much to this day. Pitting players against each other in a PVP format, your job is to complete a bingo card of random items that are strewn about various arenas. Collecting a strawberry, for instance, will “tick” one item off the card, forcing you to collect four more in a line to win. There’s so much nuance to this seemingly simple format, it’s insane. 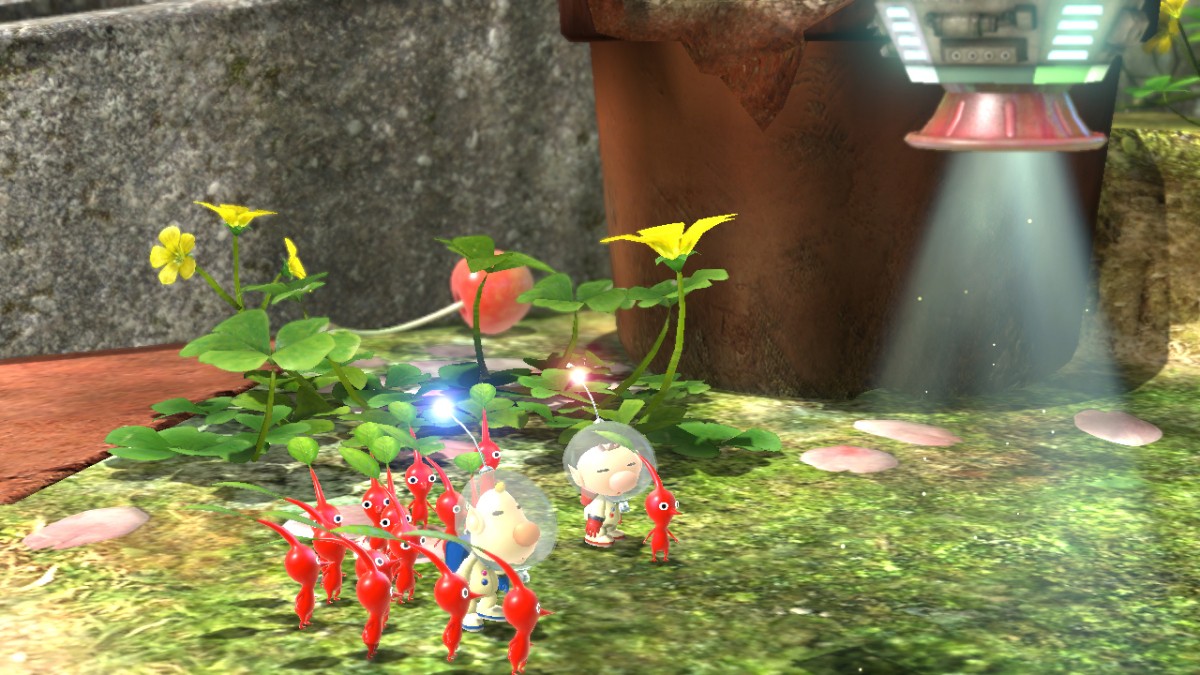 Players can head over to enemy territory immediately to “block” the other team from getting key items while you’re looking back and forth at your card and the game to keep tabs on things you want to bring back for the future. Power-ups can drastically change the tide of each battle, with the option to dodge them or hold on to them for the perfect moment. There are also advanced strategies like knowing exactly how many Pikmin are required to lug an item back, which can make the difference between a split-second win or loss. Then there’s the gargantuan task of micro-managing different Pikmin while you take on the PVE component of the game, often at its most brutal.

For seven years my wife and I have been playing Bingo Battle and we haven’t gotten tired of it. That’s staying power. One huge benefit of the Wii U edition: the GamePad is missing from this Deluxe version, for obvious reasons. There was a certain joy to playing “split-screen” games with a partner and having your own tablet while they commanded the entire TV. I sorely miss it, but it’s not coming back. Time to move forward.

Pikmin 3 Deluxe is another re-release that isn’t going to blow some people away, but provides another means with which to play a potentially forgotten Wii U classic. For me, it still holds up, and then some.

A hallmark of excellence. There may be flaws, but they are negligible and won’t cause massive damage.
How we score: The Destructoid reviews guide