Kirby is one of those franchises that kind of sneaks up and surprises you when you least expect it.

Every so often Nintendo will be like “hey, there’s a new Kirby game coming out soon, buy it!” It seems to sell well enough to warrant them doing that every few years, whether it’s a spinoff, a spinoff of a spinoff, or a mainline entry.

Kirby Fighters 2 is another spinoff in a long line of them; but it doesn’t really do anything drastic enough to warrant anyone turning their head. 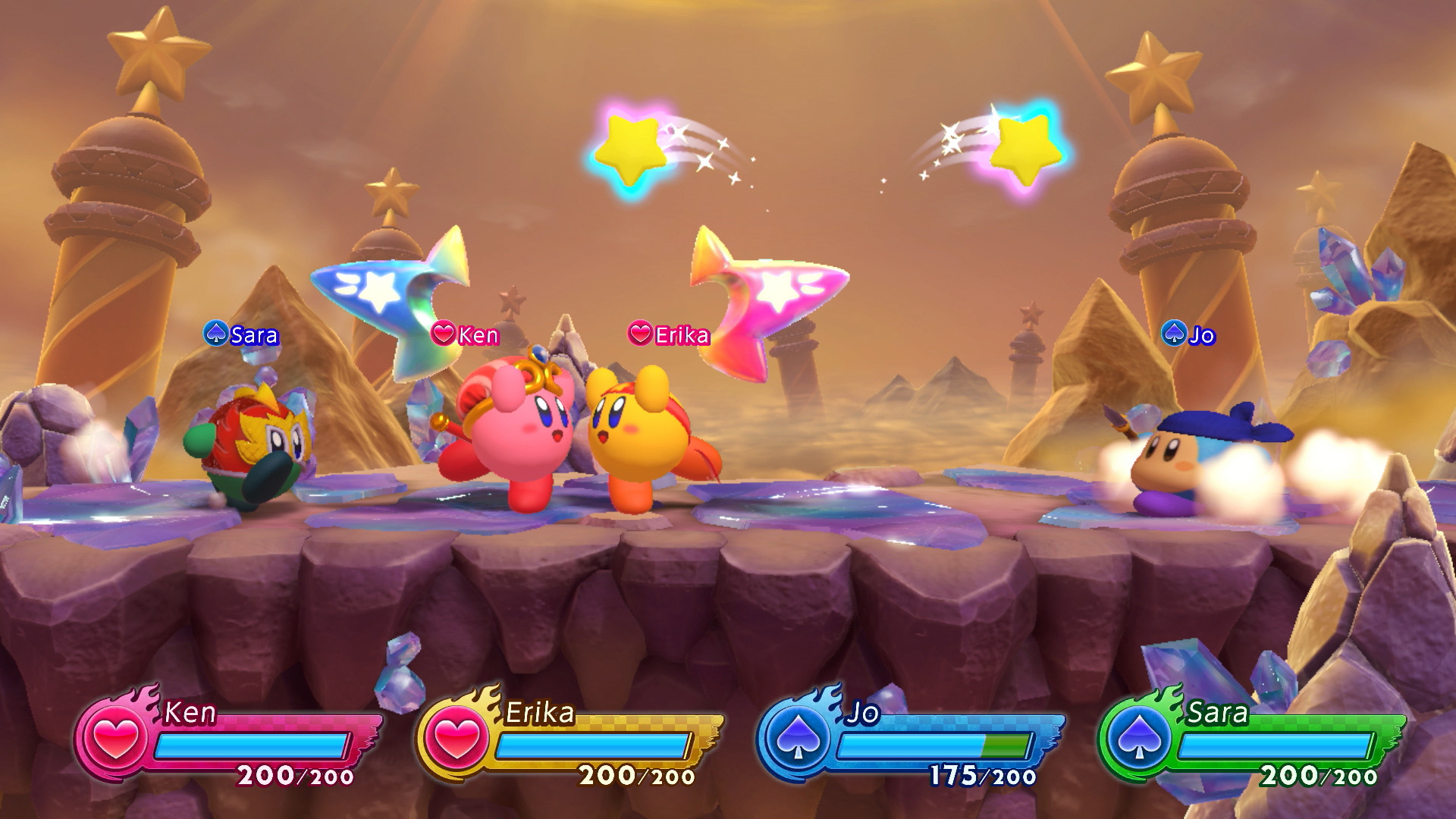 As a 20-buck game, the amount of features packed into Kirby Fighters 2 is impressive enough.

You’re getting a tower-based story mode (with two-player co-op support), a standard battle gametype (similar to Smash Bros., with four players and support for AI opponents), and “single-handed mode,” which is kind of like a challenge tower deal. There’s also concessions for training, as well as local (multiple Switches) and online play support.

But really, the bulk of your time in Kirby Fighters 2 is going to be spent in battle mode, which isn’t quite as impressive as it could have been. If you haven’t played any iteration of Fighters before I can’t stress how apt the Smash comparison is, as the arenas and gameplay are nearly the same; but minus a lot of the depth.

Most of the fighters are Kirby clones (and a few “buddies” like Waddle Dee), which do sport their own impressive repertoire of abilities, but their movesets are very limited. Fighters can generally block, dish out moves through a combination of one-button attacks (with variations for directional button presses or holds) or grab/throw. It’s a tried and true system that works in several Nintendo-based fighters, including this one.

The potential is there to accommodate all sorts of playstyles, but the problem is many of these variations of Kirby unlock at a glacier pace through the “Fighters Rank” system, which levels you up by doing basically anything in-game. As an old school player I definitely appreciate the idea of unlocks. But having to level up for hours to get some of the game’s best stages or characters isn’t all that enticing; especially when the modes are so barebones out of the gate. It’s also a problem that only a few buddies are available early on: which doesn’t leave the second player much leeway in story mode.

That said, it’s immediately more fun to play if you go into the campaign day one with a friend; which has a very light and breezy narrative that involves Kirby and a buddy taking on Meta Knight and King Dedede. It helps that the story tries something different in that it offers unique items to players climbing the in-game tower, but that uniqueness is fleeting. By the time the whole shebang is done in roughly an hour, there’s little incentive to play it again.

The game’s best moments come from the story portion, however: a glimpse at what might have been. There’s a few very fun bosses and fun surprises, but they come at the expense of having to grind through many rote and non-thematic “standard” fights that pit you against the same few Kirby copy abilities. Beating it was bittersweet.

Kirby Fighters 2 has the right stuff buried underneath its foundation: you just have to dig to get there. With a few tweaks here and there in terms of unlocks and the way content is delivered, it could have been a much stronger package for both solo and party play. As is, you’re going to have to put in some work.