Somehow, despite the success of Pacific Rim and the continued march of Godzilla films on both sides of the Pacific, the kaiju boom has not really stomped its way into videogames – no, it’s more like tentative rubber footfalls here. One of the indie games trying to turn things around is Dawn of the Monsters, and the devs have picked up a load of support from their new publisher: WayForward.

Dawn of the Monsters is a co-op brawler in the vein of Streets of Rage or Final Fight, in which up to four players control giant monsters on a path to prevent other giant monsters from destroying Earth. The developers at 13AM Games haven’t shown much just yet, but the single pre-alpha gameplay video has a striking visual style, and it looks like there’s a pretty slick combat system underneath the visuals, too.

You’ll find Dawn of the Monsters on PC in “late 2021” – as well as on PlayStation 4, PlayStation 5, Xbox One, Xbox Series X, and Nintendo Switch. The devs say we’re getting more info at “a later date”.

Check out the early gameplay video below. 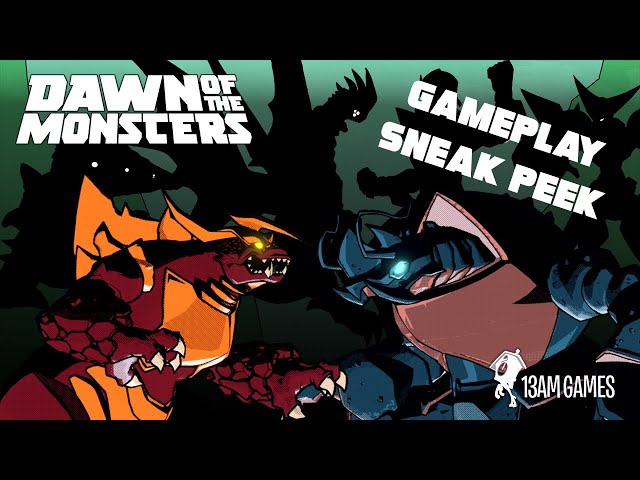 For more co-op games, you can follow that link.