Can you remember the days when 8GB of RAM was enough to meet those recommended requirements, if not a little overkill? Us neither, as the specifications needed just to play each new game forever climbs higher. But nowadays, new sticks aren’t just about increasing your memory, they’re also for making your gaming PC look damn good to boot.

Many of you are likely considering making the leap to 16GB of memory to make sure you’re ready for the Cyberpunk 2077 release date, but facing facts, by the time the game breaks free of its many delays, 32GB will be the new standard. All right, maybe that’s a bit of an exaggeration, but ‘future-proofing’ your system certainly couldn’t hurt, especially during a sale.

Those who put emphasis on aesthetic should appreciate the Corsair Vengeance RGB Pro’s addressable RGB lighting, as each LED can be customised using Corsair’s iCUE app or through various third-party motherboard controllers – meaning you can use it just fine with Asus’s Aura, MSI’s Mystic Light, and others. 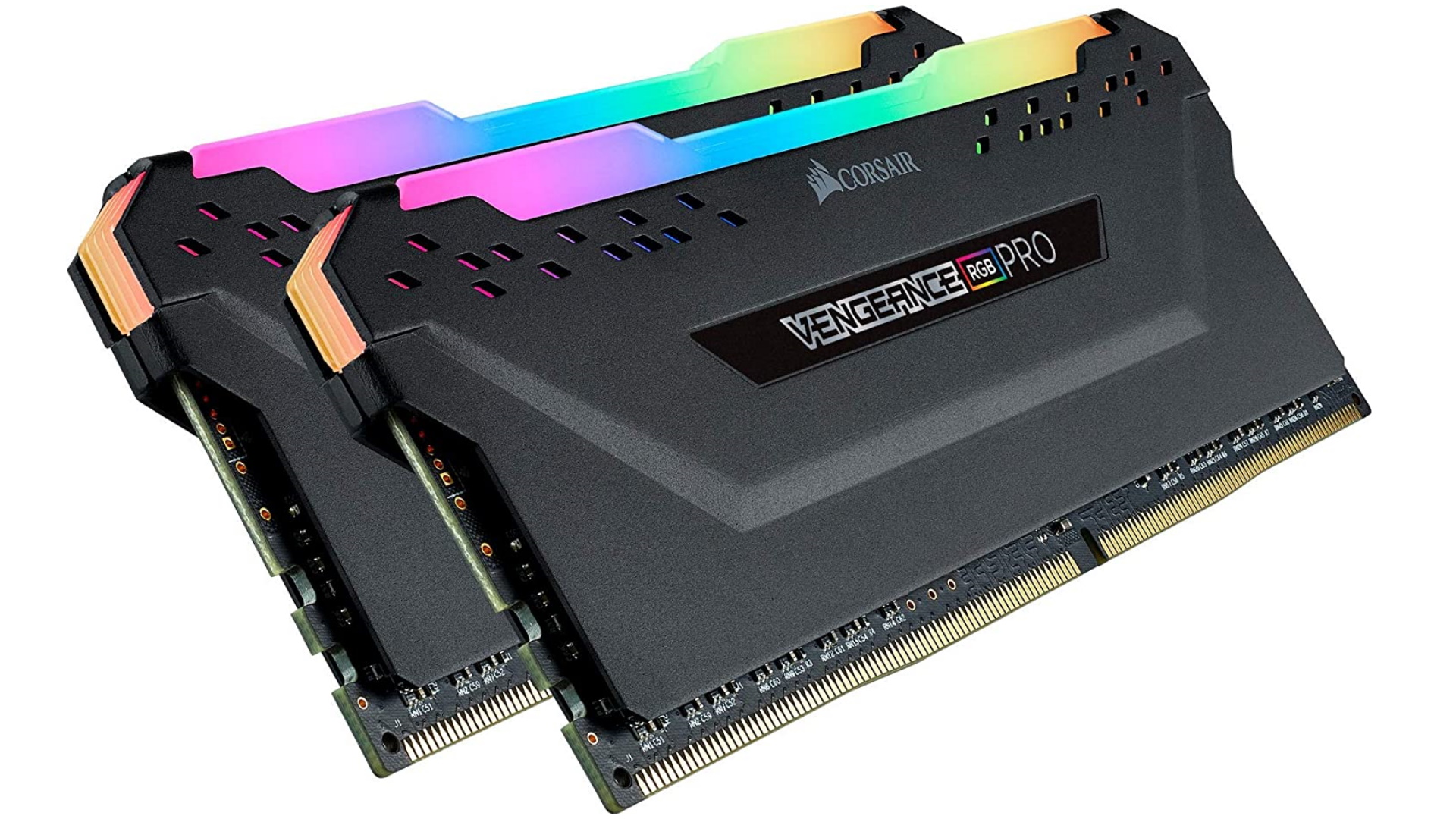 At the very least, 32GB should see that you’re safe from another upgrade for a good long while, whether you’re wanting to play the latest and greatest or simply see how many Chrome tabs your system can handle.