miHoYo’s evocative mobile RPG Genshin Impact has gotten off to an amazing start. Within its first month of release, the free-to-play title has already raked in a staggering $245 million USD in in-game purchases worldwide.

The number-crunchers over at Sensor Tower have noted that Genshin Impact has had one of the strongest launch months ever for a mobile title, beating out the launches for titles such as Nintendo’s Fire Emblem Heroes and even Epic Games’ almighty Fortnite for mobile. Amazingly, this figure does not include any profit made from the PS4 and PC editions, nor from the Android version in China, it seems pretty snug to suggest that the charming adventure title has seen record-breaking success. 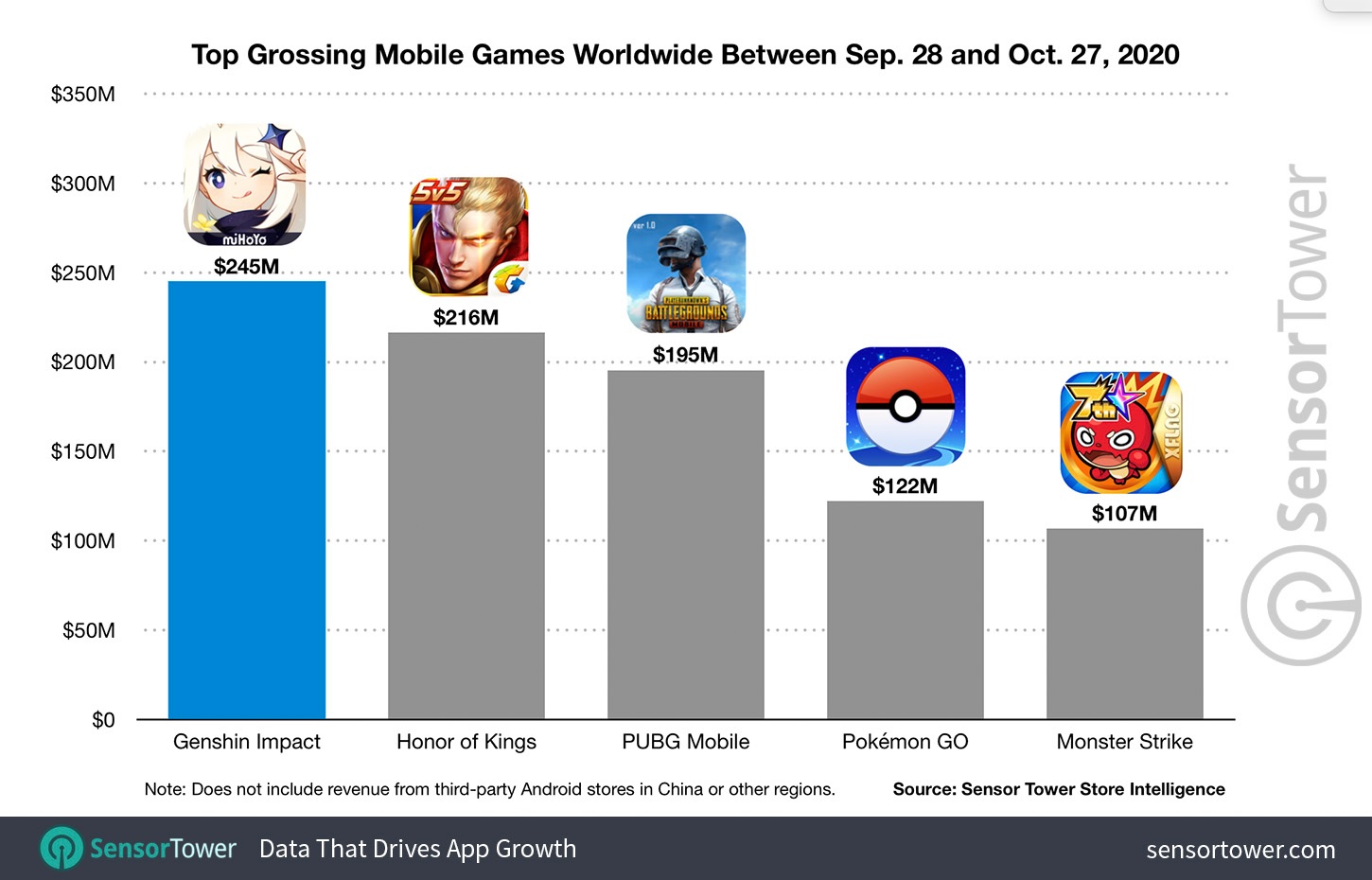 Many mobile titles see their strongest month at launch, with figures slowly petering out in the following weeks. It will be interesting to see how long Genshin Impact rides this phenomenal wave of success, especially with its Nintendo Switch port still to launch.