Does the industry need another cloud gaming service? Facebook certainly thinks so. Unlike Google, Amazon, NVIDIA and Microsoft, though, the company is starting small. Really small. Instead of a standalone service, Facebook is quietly offering streamable games inside its social network. And instead of ‘triple-A’ titles, the company is offering smaller free-to-play experiences like Asphalt 9: Legends, a driving game you might have played on your phone. 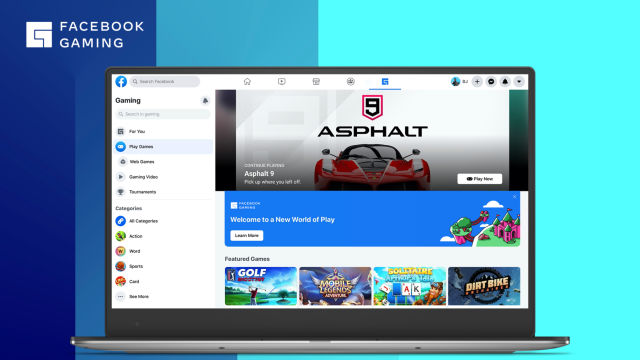 Facebook’s cloud gaming initiative doesn’t have a name, and you won’t even know when you’re streaming — the new titles will simply be offered alongside its existing ‘Instant Games,’ which are based on HTML5 and load at a similarly breakneck speed.

A good move for the company? Probably. Facebook isn’t charging for the service, which means it’ll likely avoid the hype and subsequent disappointment surrounding services such as Google Stadia. The company is rolling out the service in select parts of the US (read our piece for the full list of locations) and plans to expand even further in the weeks ahead. It’s available on Android, the web and… that’s it. Because the service is contained within the Facebook app, it doesn’t meet Apple’s guidelines on cloud streaming. “iOS won’t work for now. Because, Apple (sigh),” the company wrote in a tweet.

Meanwhile a set of rumored headphones have yet to appear. 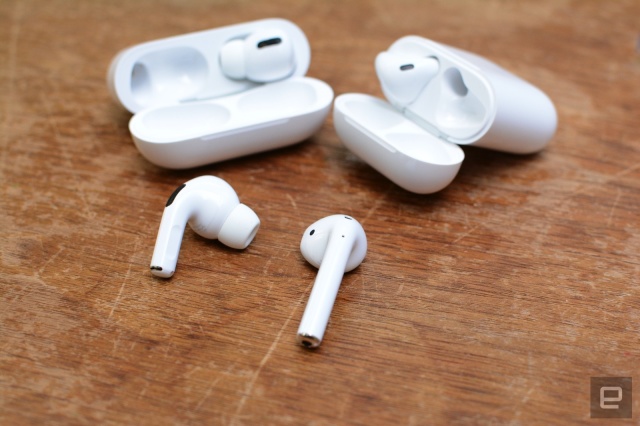 NASA confirms presence of water on sunlit surfaces of the Moon

The critical molecule had previously only been found in shadowed craters. 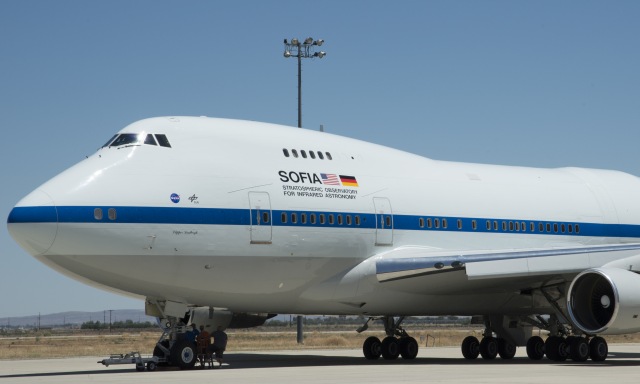 Astronomers have been aware of water ice present on the Moon, but it had only ever been discovered in shadowed impact craters at its poles. A recent mission by NASA’s Stratospheric Observatory for Infrared Astronomy (SOFIA) has now confirmed the presence of water molecules in sunlit parts of the Moon’s surface.

NASA researchers already have a few ideas as to how that water might be getting made. It could arrive on the micrometeorites that land on the lunar surface, protected from the harsh environment within pencil-tip-sized beads of glass formed during impact.

It could also be hydrogen, arriving on solar wind reacts with oxygen-bearing minerals in the Moon’s regolith to create hydroxyl which is then bombarded with solar radiation to convert it into water. NASA must now determine how easy it is to actually access these sources of water — it could deeply affect the planning of future lunar missions.
Continue reading.

Here are your new consoles. 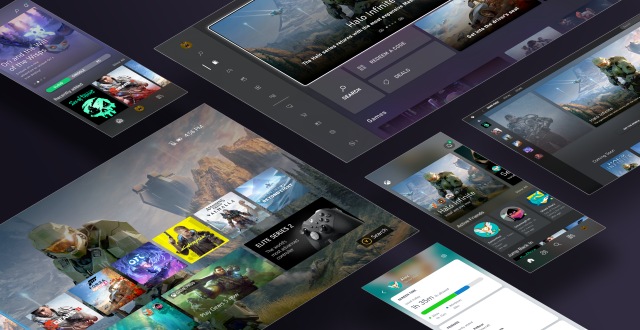 Microsoft shared an extensive walkthrough video of what it’s like to start up the Xbox Series S or Series X for the first time, highlighting just how fast the two consoles are. And if you’re interested in Quick Resume, the smartphone app and its $220 1TB expansion card, those are all covered too.
Continue reading.

Save on car insurance by shopping with The Zebra 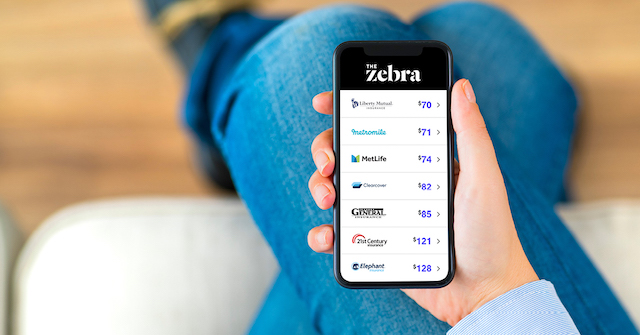 Now it’s easier to get work done on your ‘tablet.’ 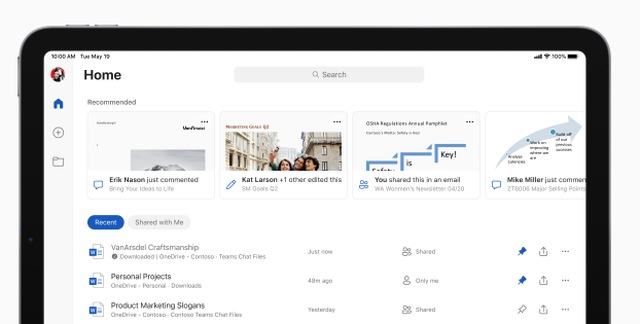 If you’re trying to make your iPad into a laptop requirement and you use Microsoft Office, then this is what you’ve been waiting for. An update is rolling out over the next few weeks that lets iPadOS versions of Word, PowerPoint and Excel work with a trackpad and mouse, just like their desktop counterparts. 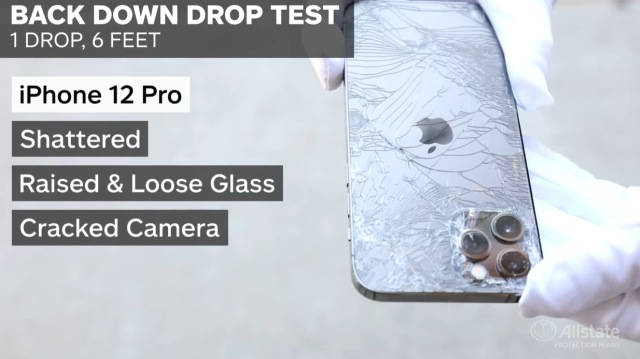 Does the new Ceramic Shield on Apple’s new iPhones help? Yes, but it’s not going to perform miracles. Allstate Protection Plans did some drop tests (so hopefully you don’t have to), showing how the iPhone 12’s improved display surface helped it withstand a six-foot drop to the sidewalk. In fact, it survived “significantly” better than the iPhone 11 and Galaxy S20 lineups, but with some visible damage.

The iPhone 12 picked up some small cracks and scuffs at the edges, while the slightly heavier 12 Pro had a crack down its lower half. The flatter design might also help both devices if they land back-first, Allstate said. The iPhone 12’s rear glass was “virtually unscathed” during the sidewalk test. The 12 Pro’s glass shattered, however, as did the wide-angle camera, but the phone otherwise survived.
Continue reading.

Sony delays one of its planned PS5 launch titles

‘Destruction AllStars’ has gone from a $70 launch game to free on PS+ in February. 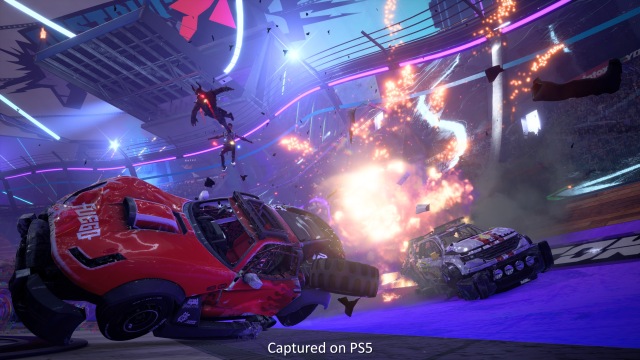 Instead of launching alongside the PlayStation 5, the Rocket League-like title is now slated to come out in February 2021. To make up for the delay, PlayStation Plus subscribers will have the chance to download Destruction AllStars for free for a period of two months after its release.

“Destruction AllStars is a multiplayer game that’s at its best when you’re competing with gamers online from all around the world,” Sony said. “We want as many people as possible to experience the mayhem on PS5, and what better way to do that than to provide the game to our PlayStation Plus members?”
Continue reading.

OnePlus expands its Nord line with two even cheaper phones

NASA will try to stow away its leaking asteroid sample

What’s on TV this week: ‘The Mandalorian’ is back