Bring on the next generation

When the PlayStation 5 ships on November 12, it’ll arrive with a built-in game: Astro’s Playroom. It’s a very smart move by Sony, to evoke the era of pack-ins and demo discs with this inclusion.

Although Astro is a breezy “few hour” adventure, it also showcases one of the PS5’s best features: the DualSense controller. 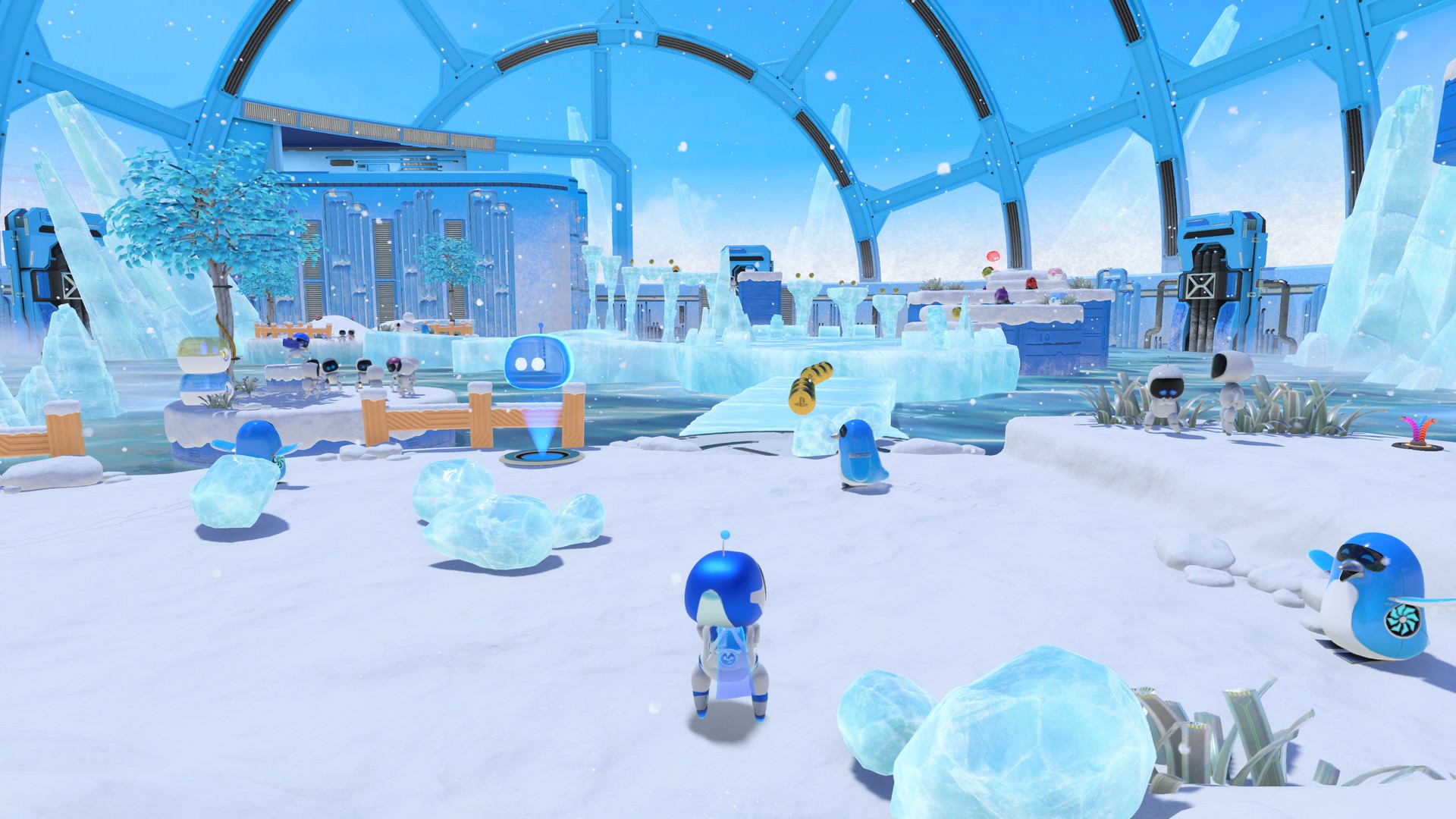 Look, I’m probably going to be calling this the “DualShock 5” at some point. For that, I apologize: I have over two decades of training to break. Over two decades of playing with the DualShock remote, from the joyous Ape Escape all the way through Ghost of Tsushima. Old habits and all.

But the DualSense (I literally typed out DualShock and deleted it) really is the big focus with Astro’s Playroom, which is kind of like a supercharged DualShock 4. The microphone that plays little sounds is better, the haptic (pressure) triggers are better, the controller itself is bulkier and generally more sturdy. It all felt new. Like another generation had arrived.

We were able to test out the “Cooling Springs” level, which is heavily focused on the haptic triggers and motion control (with a minigame that puts you into a spring robot), as well as the microphone: which has you blowing into the actual controller, giving all of us collective Phantom Hourglass or Mario Party flashbacks. While I hope Sony (or other studios) don’t go overboard with the latter two gimmicks, they do work for Astro’s Playroom.

The Cooling Springs minigame shows up twice in the stage for a brief period, linking the classic platforming sections. If you haven’t played an Astro Bot game before, the general design involves simple platforming with two core maneuvers: punching and jumping, with the latter allowing for a hover ability that shoots lasers below you. It all makes for a rapid-pace experience, where enemies can be bested in one of two ways, allowing you to focus on hunting down collectibles and making it through the level.

In that sense, I was able to focus more on the features of the new controller, most notably the sounds and feel of the remote itself. Astro’s Playroom neatly mimics the surface your little bot protagonist is running on, with little dings and quick rumbles for glass and so on. It doesn’t sound all that impressive on paper, but in practice, it adds to the allure of the DualSense as a piece of tech.