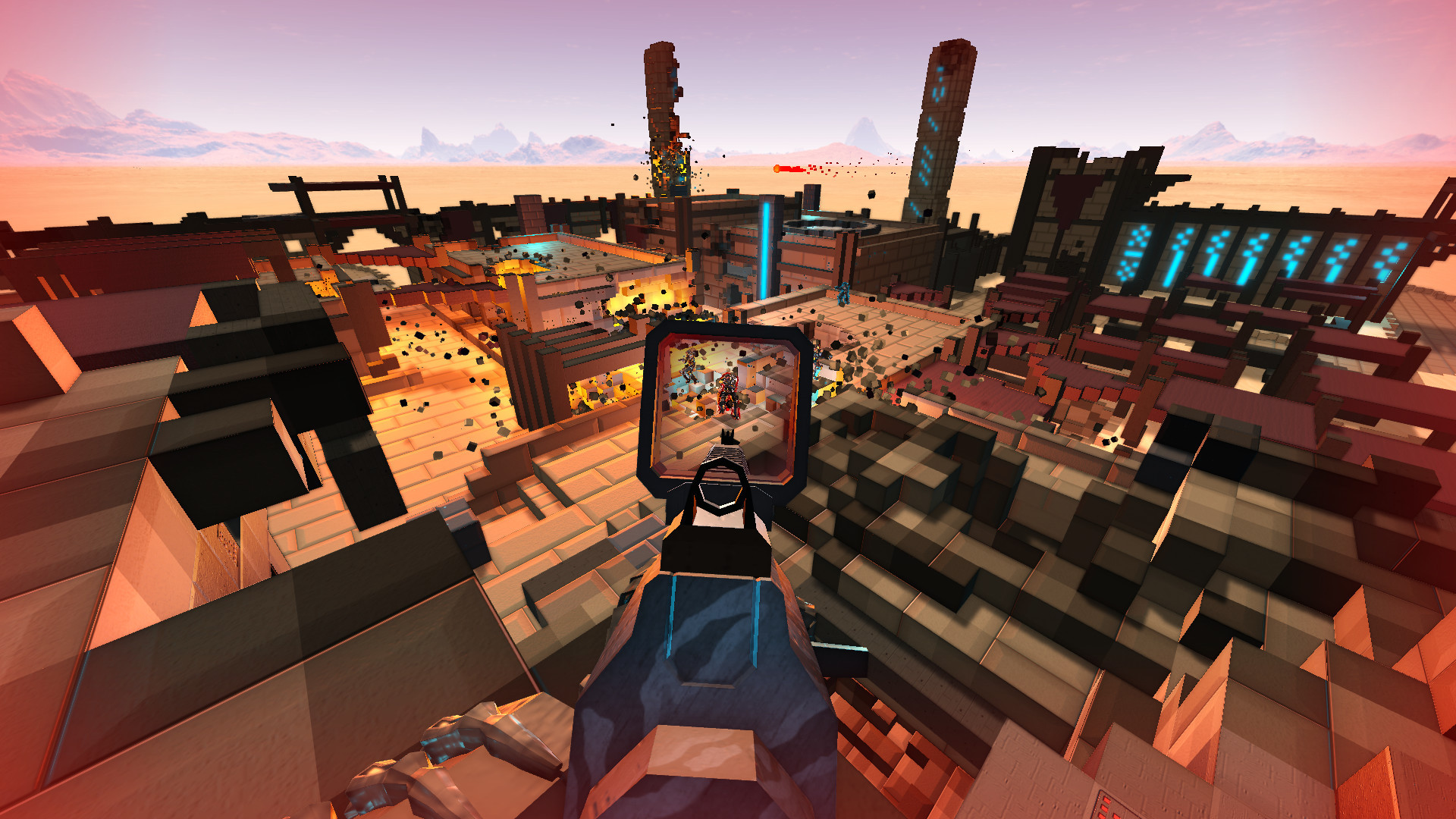 Destructible environments, a pleasing aesthetic, and fluid movement is a strong combination for any FPS game. Sector’s Edge, releasing at the end of October, is all three, and it’s free-to-play to boot.

Developer Vercidium put up the first trailer for the indie game earlier this month, and since then the two-man team has garnered quite a bit of buzz on Reddit. Sector’s Edge is an 8v8 arena shooter, where each of the six possible maps can be completely destroyed and blown apart. Like elaborate Minecraft constructions, everything’s made out of tiny blocks, and when exploded or killed, everything falls apart into a very pleasing array of different-coloured cubes.

As well done as that much is, it’s made even better with the crisp shooting that’s on display. Taking a page or two out of the Halo book of physics, gravity is low-enough you can jump and move around large areas with ease, but high-enough that you still have control and need to think strategically. The momentum of the characters coupled with all the debris make the trailer quite mesmerising, which is a good sign.

Three game modes will be playable at launch, and a you can check out the public roadmap for what’s coming in the immediate future.

Check it out for yourself:

You can find Sector’s Edge on Itch and Steam, where it’ll become available in beta on October 30 completely free. Given we’re quite a while away from the next Minecraft update, and Halo Infinite, this should fill help fill the gap.