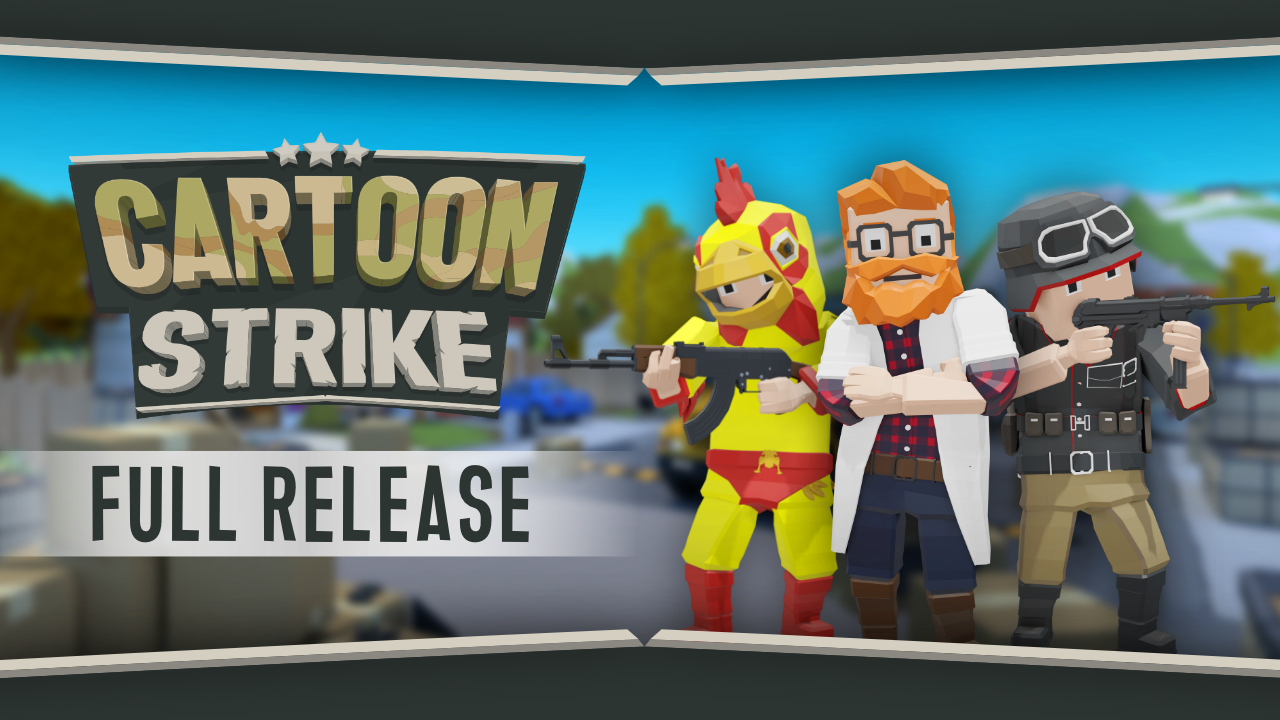 Hello everyone,
we have a big news for you. Today is a big day, Cartoon Strike is finally out of Early Access.

Season explanation and FAQ
Seasons are introduced for better understanding of our release cycles. We refer to Early Access as Season 0 (S-0 for short) and to Full Release as Season 1 (S-1). With new season comes new level up rewards, new boxes and lots of new content.

How Season 1 affects level up rewards?

What is an exclusive skin?

What contains boxes from Season 1?