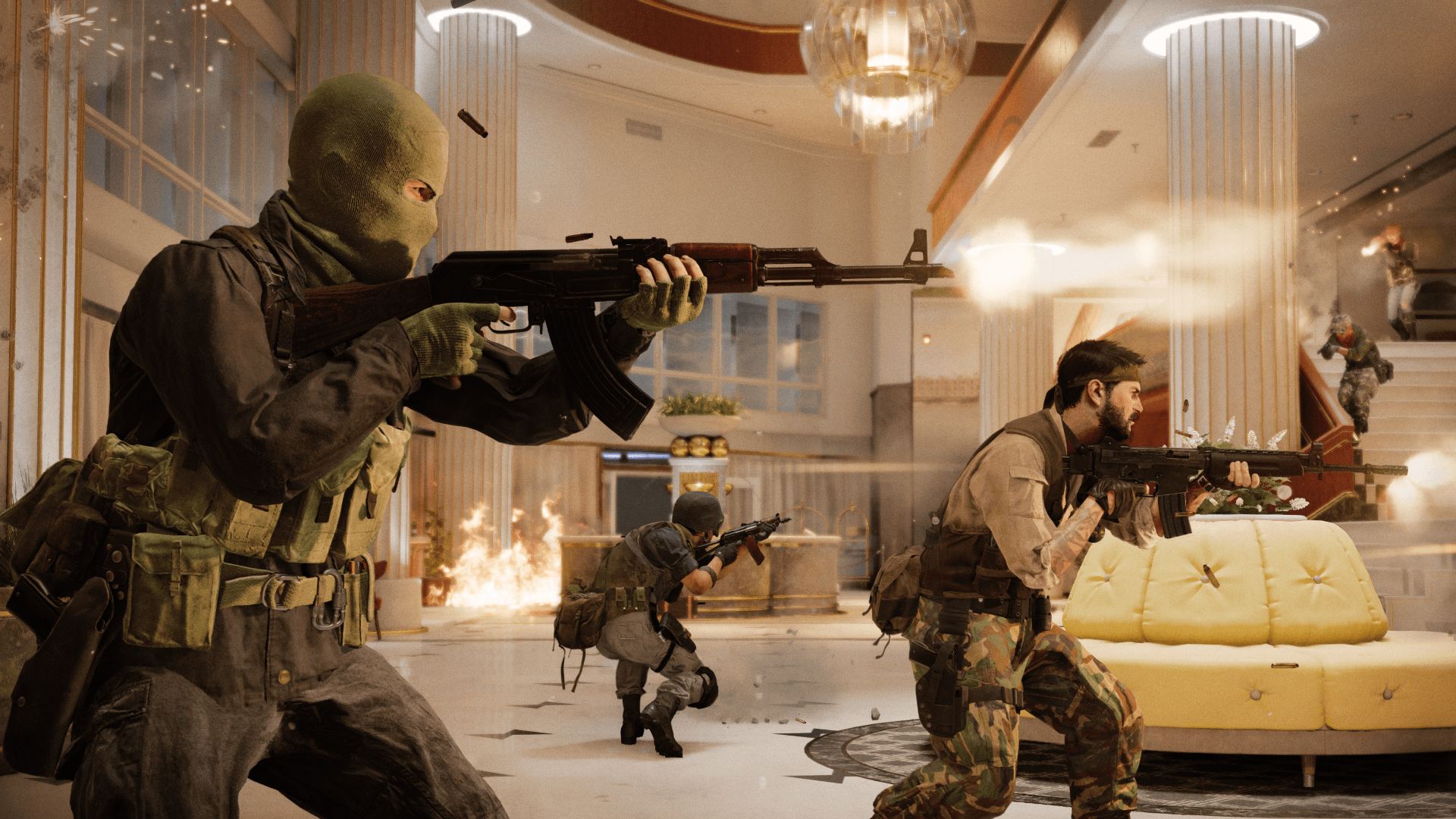 There’s nothing quite like the shame and admiration that comes from watching a streamer absolutely trounce the competition in a challenging game using a ridiculous controller. From bongos and guitars to treadmills, we must have seen it all at this point.

So, yes, it’s entirely possible to succeed using such methods, but just how good can you get using, for example, a drum kit to rack up kills in COD? Streamer DeanoBeano has been at the forefront of this important research, and I’m happy to say that his findings continue to impress.

He’s been mastering his craft for a while now in Call of Duty: Modern Warfare – and has always slain his foes with the utmost style – but a recent clip of him playing Call of Duty: Black Ops – Cold War features one of his greatest accomplishments to date. Yes, he managed to hit a glorious jumpshot no-scope through a wall – a feat that most would struggle to achieve using conventional control methods, never mind a ruddy drum kit.

Here’s DeanoBeano killing it on the drums:

Oh, and it turns out that he’s similarly adept with a keyboard (the musical kind, that is). It would be crushing if wasn’t so darn impressive. Equally upsetting is the fact that streamer Frizzeyes set a 145-kill world record during the Call of Duty: Black Ops – Cold War beta.

If you’re on the hunt for some handy Cold War guides, we’ve got all the info you need on the best wildcards and best scorestreaks. The FPS game’s set to launch on November 13.