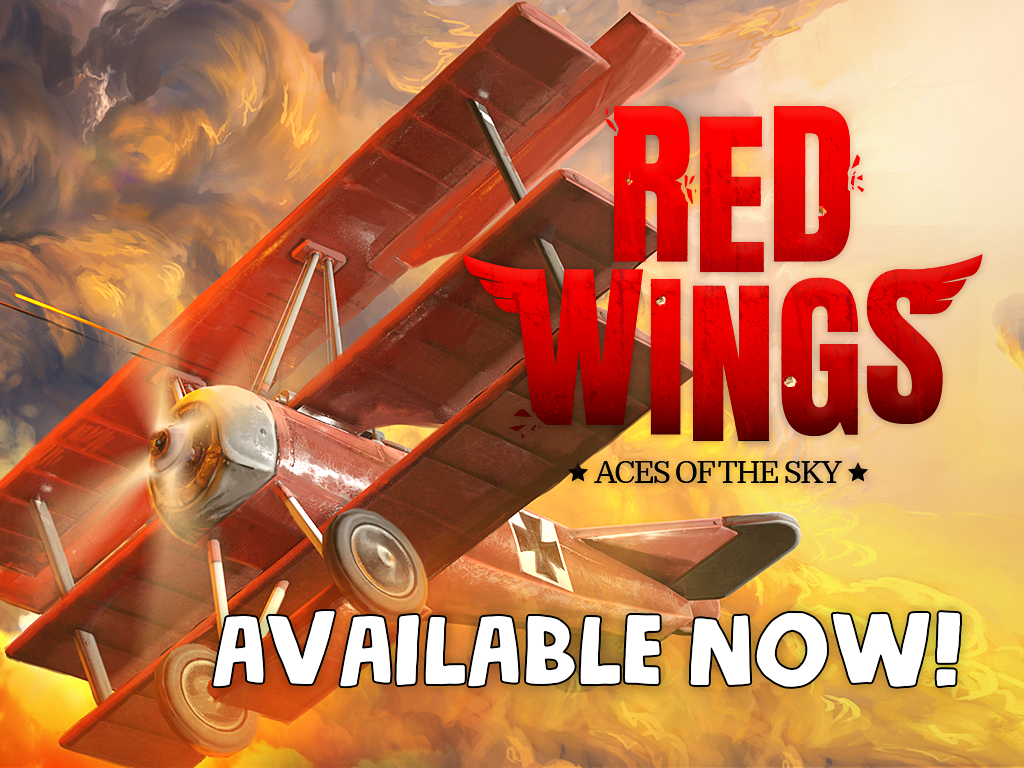 Red Wings: Aces of the Sky is now available on Windows PC, Xbox One, PlayStation 4, and Nintendo Switch. Conquer the skies over the Great War in your legendary warplane in both single and co-op gameplay.

In addition, PC and Xbox One gamers can now try the game for free!

PC players can play a free demo on Steam and then upgrade to the full version of the game with the Red Wings: Aces of the Sky – Upgrade Pack with a 20% discount until October 20. The free demo includes the first four levels and three different planes.

Xbox One players can test-fly the game free for 30 minutes before buying the full game. Additionall, The 30-minute trial covers the first four levels and has access to three different planes.

Nintendo Switch players can get the game 50% off until October 25.

Are you ready to conquer the skies? Play the game now!