Aya and Saki aren’t alone in Onee Chanbara ORIGIN. The mysterious informant Lei is the game’s third playable character, and makes use of guns, kind of like Anna in Onechanbara: Bikini Samurai Squad. But, unlike Saki, Lei isn’t unlocked during the story. She isn’t unlocked upon beating the game either, even if you play through it on hard. The truth is, the publisher really wants you to buy the access to her — even though she’s included for free. Believe it or not, the good folks at D3 Publisher want $3.99 USD to sell you something you already overpaid for. But you can unlock Lei in Onee Chanbara ORIGIN — it just takes a bit of doing.

I will survive while you die

Unlocking Lei in Onee Chanbara ORIGIN is very much easier said than done. Because the publisher wants you to pay out, it’s made unlocking her quite annoying. Once you beat the story mode on whatever difficulty you prefer, the survival mode opens up under bonus missions on the menu. I know what you’re thinking: “All I have to do is play a little bit of the survival mode? That’s not so bad.” Slow down there, friend. You’ll need to survive 100 floors.

Not only can this take a couple of hours, but you won’t be able to accomplish it straight away. You’ll definitely need to grind Aya and Saki’s levels out with earlier floors in order to have the damage and defense necessary to survive that long. Since Onee Chanbara ORIGIN‘s story mode is pretty easy, it makes sense to think it would mostly be a pushover. And honestly, it is… when you’re fighting hordes of mindless enemies. You’ll just hack through them little by little for large swaths of time without issue, really. 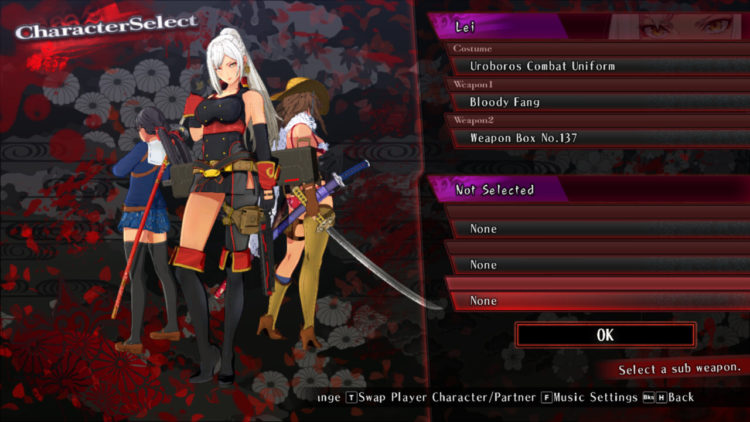 But you’ll be fighting bosses every several floors and, if you’re underleveled, they can kill you in just a few hits. Which isn’t something you’re going to want to deal with when you’re already putting hours into a single survival run. Once you successfully clear the 100th floor (or pay the ransom if you don’t have the patience) Lei will be yours.