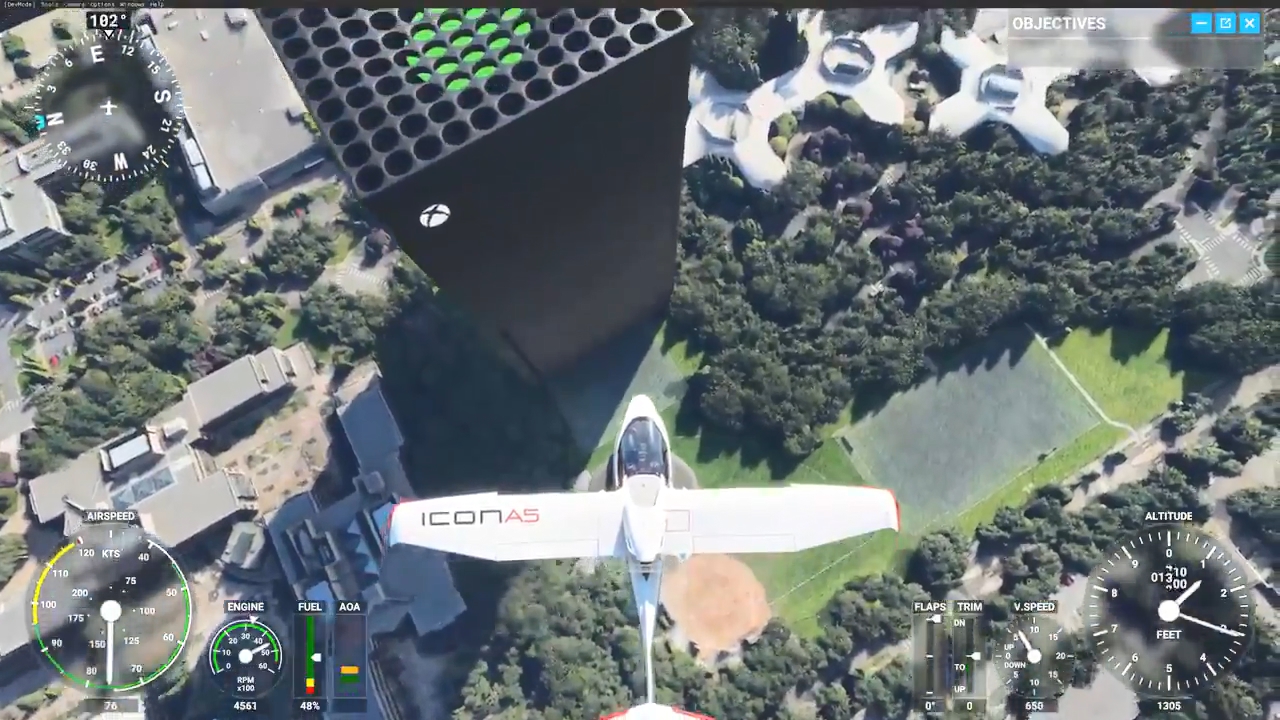 Microsoft’s Washington HQ will be much harder to miss now.

The model sits in Microsoft’s campus at its headquarters in Redmond, Washington, and shares a lot of details with the real Xbox Series X design. Oh_Gaz not only made a big black slab, they modelled the top fan grill, the back ports, and the Xbox logo-shaped power button. As it stands, the the holes in the fan grill aren’t actually real, though the creator is working on making it possible to fall through them.

It’s so well-made, in fact, unsuspecting flyers might think it is an ad for Xbox Series X. Their creation blew up on social media, and Oh_Gaz promised to design another, this time PS5-shaped, presumably to sit at Sony’s HQ.

You can watch their video below, featuring Muzak music, no less.

I modelled & placed an #XboxSeriesX at Microsoft HQ in #MicrosoftFlightSimulator

For more details about the actual Xbox Series X, consult our Xbox Series X pre-order guide which hopefully helps you get a unit for launch.