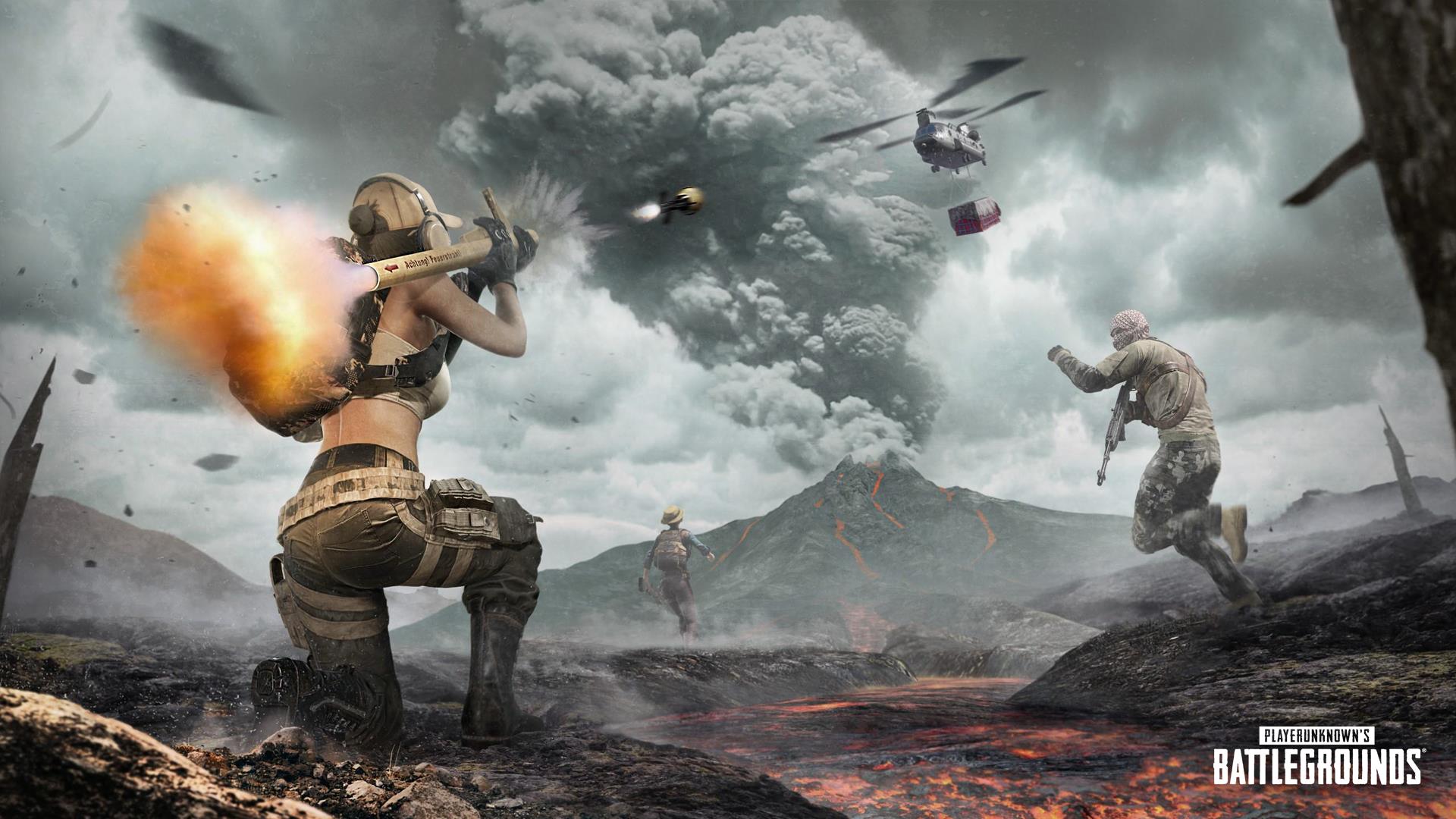 PUBG has introduced a new map that’s unlike anything else you’ve seen before in the battle royale shooter.

PUBG‘s patch 9.1 has arrived on the game’s test servers on PC, bringing with it the new Paramo map, a smaller 3x3Km arena with an active volcano.

Outside of its unique setting compared to other PUBG maps, Paramo’s main hook is that its layout and weather conditions change with every match, shifting the location of major landmarks and altering the terrain of each area. Lava flows from Paramo’s active volcano, which creates lava streams that deal damage to players and vehicles.

All throughout the new map, you’ll come across item boxes which contain loot. Paramo supports a maximum of 64 players, and is presently only available in third-person squads. It does not have Red Zones, and its Blue Zone deals more damage compared to other maps, but shrinks more slowly.

Unlike other maps, you arrive in a helicopter and not in a cargo plane, which is significant because the same helicopter will also return to carry care packages. When shot, the chopper will drop what it’s carrying, which is exclusive to this map. The airdrops themselves will contain unique items not found anywhere else, such as the critical response kit, which lets you revive fallen teammates in one second.

When today’s update arrives on live servers, it will kick off the game’s ninth season, which is themed after the map. Season 9 introduces the paid currency G-Coin, which works similarly to Call of Duty Points and other virtual currencies in that players can load up on it to purchase cosmetics at the in-game store. With a new season, of course, comes a new Battle Pass.

The Highlands Survivor Pass will run for a shorter duration (two months) compared to previous passes, and feature 50 levels of content. It’ll cost 990 G-Coin ($10), and you can earn back up to 1,000 G-Coin if you finish it.

Also new with this update are some balance changes for the Beryl M762 assault rifle, and the SLR DMR. The Beryl’s damage has been reduced, and its first shot vertical and horizontal recoil have been increased. The SLR likewise got a base damage reduction, and an increase in ADS recoil. Its damage falloff also kicks in 15% earlier.

As ever, expect update 9.1 to hit live servers on Wednesday next week, and consoles the week after that.