I jumped right into Proud mode

I still remember listening to “Simple and Clean” on a CD player on a school bus. Now I’m married and have a family. That’s how long Kingdom Hearts has been with us, through thick and thin: through some of the thicker storylines and thinner narratives.

Those thin moments have made sequels and spinoffs a very hard sell for a lot of folks who were basically “done” with the series, but Melody of Memory — a true standalone rhythm title — could reawaken the beast. 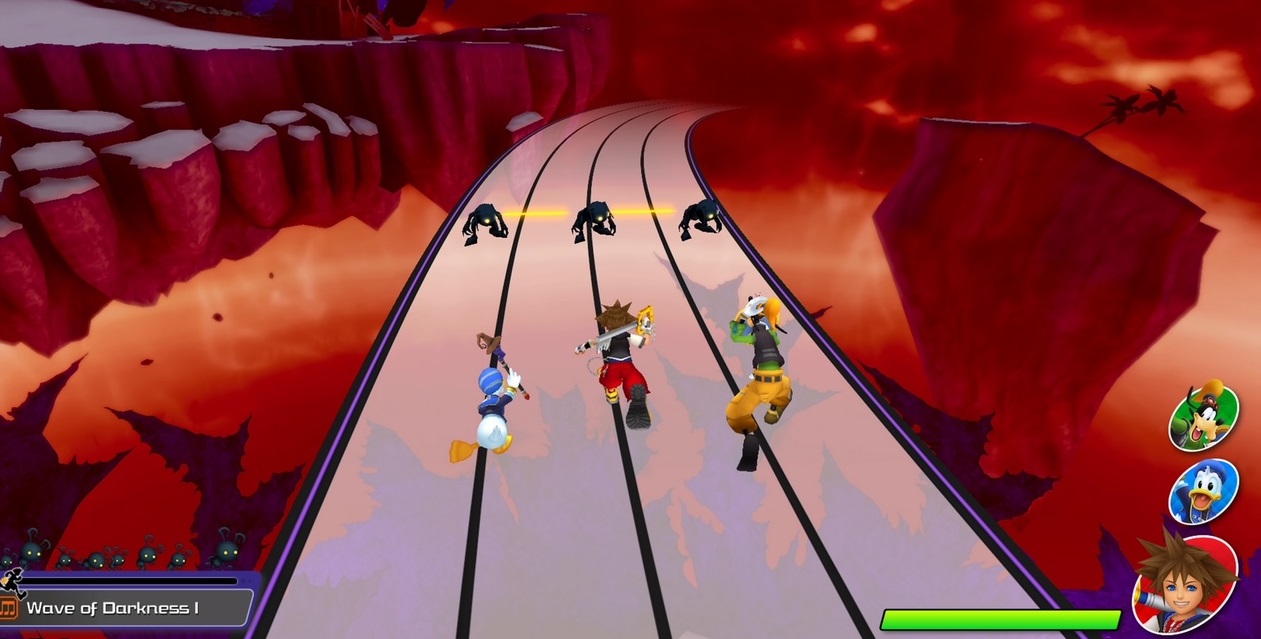 If you’ve never played a game like Amplitude before, Melody of Memory takes place on three “tracks,” which your characters are racing on to a beat. Enemies and hazards will come toward the screen joined with the music, which you’ll need to respond to in turn.

L1, R1, or X (on PS4, which we tested) triggers a reaction like an attack. You can also jump and glide just like the real games, which you’ll need to do to hit aerial enemies or hit held “glide notes.” If multiple enemies encroach on the beat at the same time, you’ll need to hit two of the aforementioned attack buttons at the same time: or three, for three. That’s Melody of Memory in a nutshell. Of course there’s a little more nuance to it. Power-ups require a triangle button press, enemies can come at you in unique and challenging patterns and some foes need multiple hits before you vanquish them. But for the most part, you’re running and slashing enemies up.

I was surprised at how much of a 1:1 translation the animations and locomotion was when compared to the regular game. Sora and crew look and act how you’d expect them to, especially in the higher-octane proud mode battles: the classic Kingdom Hearts “hard mode” gametype. Speaking of proud, rhythm fanatics will want to jack the game up to that setting immediately.

While high scores are the name of the game, players also have a life bar to manage, which depletes each time they’re hit. Having to actually worry about that facet of the game makes things more hectic and much more inline with a classic Kingdom Hearts experience. Our demo gave us access to four songs with three difficulty settings (beginner, standard, proud): Welcome to Wonderland (Alice in Wonderland), Hand in Hand (Traverse Town), The Rustling Forest (Sleeping Beauty) and Wave of Darkness I (0.2 Birth By Sleep – a fragmentary passage).

It is missing some panache, though. The tutorial is fairly sterile, even when it adds music into the mix. Some of the stages also aren’t going to appeal to all but the most ardent of Kingdom Hearts fans (I’m there!), as the music involved doesn’t consist of “Disney classics;” but more-so Square Enix’s suite of tracks. Those stages, mind, also repeat themselves often in terms of scenery, and could stand to be a little more dramatic.

We didn’t have access to any real story-related materials (World Tour) or advanced modes with the demo, but I hope that Melody of Memory really goes hog-wild with it. The full track-listing is also going to be crucial for long-term replay value, but co-op also looks like it could go a long way in terms of keeping people interested. I hope there’s a lot more little touches like the entire gang getting the Theatrhythm animation treatment during load screens. 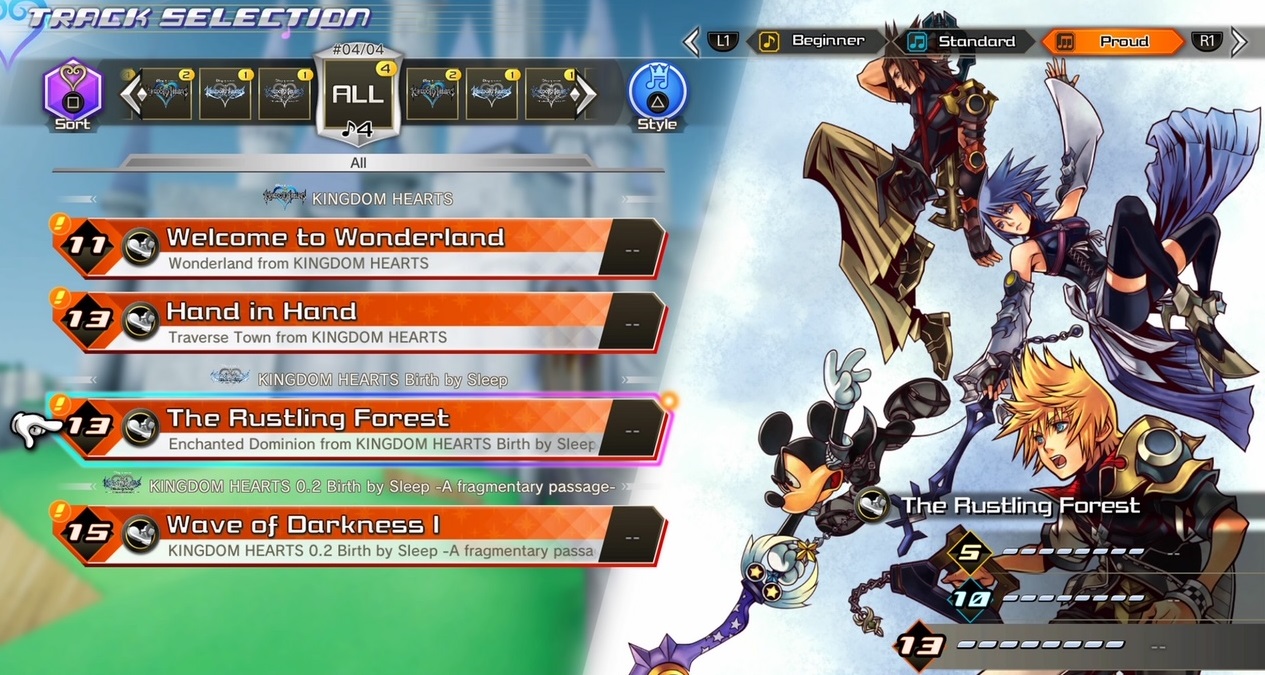 For now, the game is mechanically sound and faithfully translates the spirit of the series. Kingdom Hearts: Melody of Memory is out on November 13 worldwide on PS4, Xbox One and Switch.

The demo is out today!