We know Prime Day starts on Tuesday, but some deals are so excited they can’t help but show themselves a little early. Roku is busting out the big discounts on media streaming devices and running these deals all week long, starting today, October 11, and going until October 17. Gain access to all of Roku’s content library for as little as $21.99 with the sale on the Roku Express. This is already one of Roku’s most affordable devices, and it usually sells for around $29. When it has gone on sale in the past, it has generally only dropped as low as $24. Outside of last year’s Black Friday, this is the lowest price we’ve ever seen on the Express. 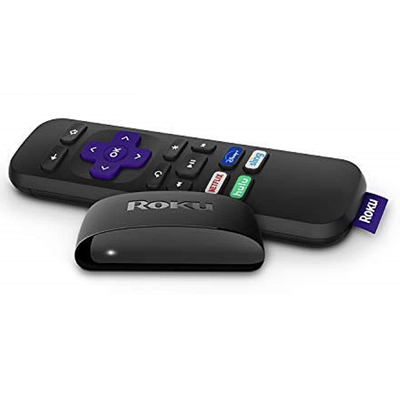 You can also save on the Roku Premiere today. It’s on sale for $27.95, the lowest price we’ve ever seen for the Premiere and about $2 lower than previous deals. The Premiere is the least expensive option for getting 4K and HDR content from Roku, and at this price it’s less than what the Express normally goes for. The device also has an easy-to-use remote and comes with a high-speed HDMI cable.

The final Roku device on sale today is the Roku Streaming Stick+, which is down to $37 from its street price of $50. We last shared a deal on the Streaming Stick+ in August, but today’s price is $3 better than that. This drop is the lowest we’ve seen in a year.

With any of these Roku devices you’ll get full access to Roku’s content library of more than 500,000 movies and TV shows. That includes easy access to your favorite apps like Netflix, Hulu, and HBO. It also has voice search across the top channels, and you won’t have to pay any extra subscriptions for all of this.

Download the free Roku mobile app available on iOS or Android. You’ll get access to private listening, voice search from your smartphone, and more. It’s super easy to use and pretty much means you don’t have to worry about the remote.

Facebook is gearing up to compete with Nintendo, Sony, and Microsoft in a very real way with its own gaming console, the Oculus Quest 2, which will challenge your paradigm of what a next-gen console can be.

Google Pixel 5 hands-on: The start of something special

Why should you buy a Pixel 5 or Pixel 4a 5G? We’ve gone hands-on with both phones to help you decide whether they’re worth your time in 2020.

The Pixel Strikes Back

Google Pixel 5: Everything you need to know before buying

It’s here. The Google Pixel 5. From the specs, pricing, release date, and more, here’s literally everything you need to know!

The Oculus Quest allows you to play VR games without requiring a PC, phone, or external sensors. Here’s every game you can buy or download for free!