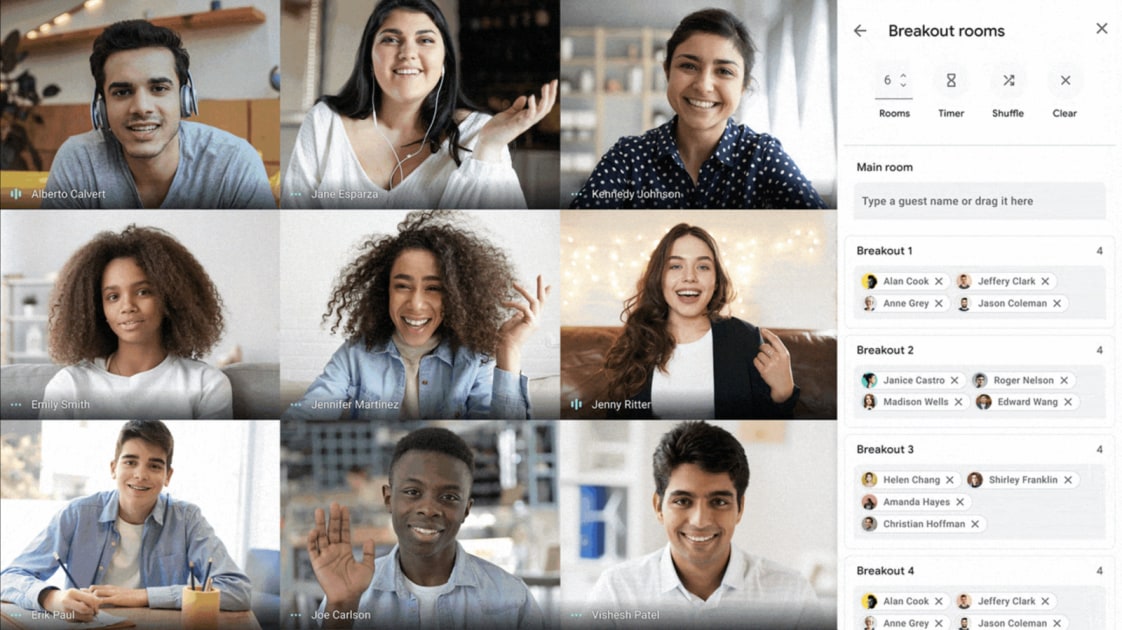 Huge online classes can be overwhelming, not just for teachers but also for students who learn better when interacting with others. To help solve that problem, Google has launched a new Meet feature called “breakout rooms,” which would give educators a way to divide participants into smaller groups during video calls. At the moment, the feature is exclusively available to Enterprise for Education customers, but the tech giant says it will be available to more users (including Education and standard Enterprise customers) later this year.

Google said the ability to group people and put them smaller rooms was highly requested, since it has the potential to increase engagement by allowing simultaneous small group discussions. The call’s creator can make up to 100 breakout rooms in a call. Participants will be randomly and evenly distributed across the rooms, but the organizer can manually move them into different rooms if needed. Moderators can also jump from one room to another to monitor and join discussions.

The feature has started rolling out and will soon be available to all Enterprise for Education customers. Google has been conjuring up and releasing new tools for Meet video calls over the past few months as virtual classes and meetings have become more and more common due to the pandemic. Earlier this year, it made the video calling service free to everyone and brought it to the Gmail app on Android and iOS, making it even more accessible.

Google Meet, breakout rooms, news, gear
All products recommended by Engadget are selected by our editorial team, independent of our parent company. Some of our stories include affiliate links. If you buy something through one of these links, we may earn an affiliate commission.