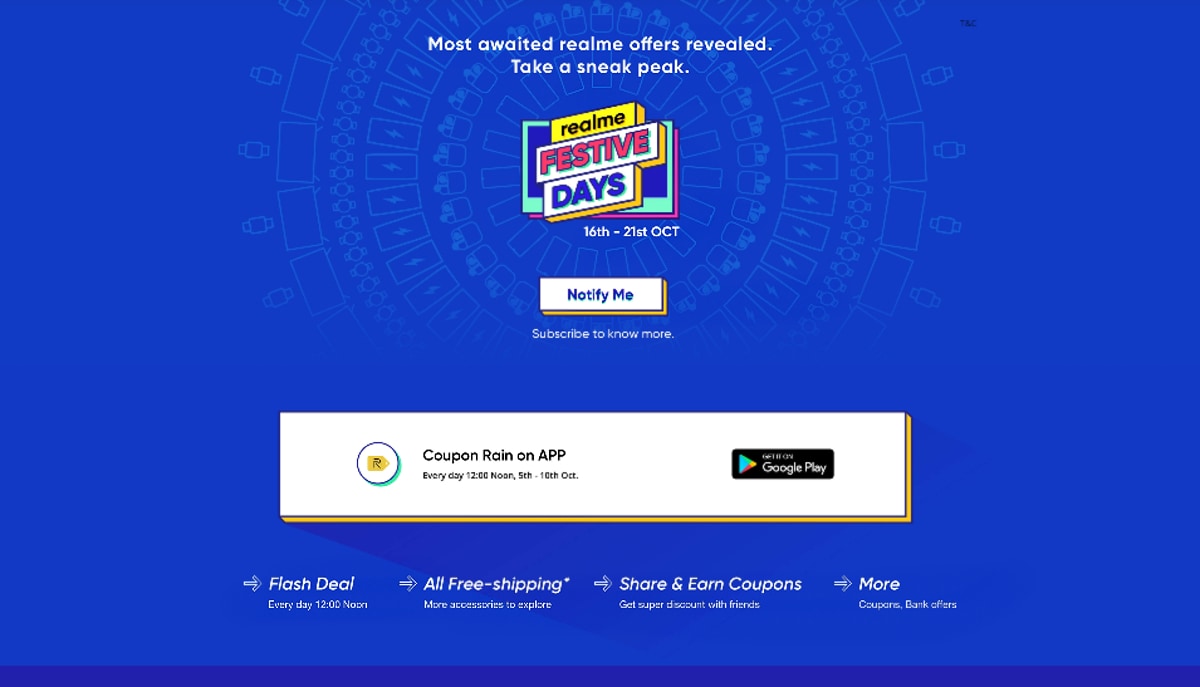 Realme Festive Days, the company’s annual sale, has been announced for this year. It will begin on October 16 and continue until October 21. During the sale, Realme will introduce flash deals every day at 12pm (noon). Apart from free shipping, Realme will also be offering coupons and discounts on transactions with select banks. Realme 7i will go on sale for the first time during the sale, along with the Realme 7 Pro Sun Kissed Edition. Price cuts will be offered on several phones including Realme C11, Realme C15, and Realme X3.

Realme Festive Days sale dates and details were announced on the company website. As part of the sale, Realme C11 will see a price cut of Rs. 500 and will be listed with a starting price of Rs. 6,999. Currently, the phone is priced starting at Rs. 7,499.

Realme X3 will see a hefty price cut of Rs. 3,000. The smartphone is originally priced starting at Rs. 24,999, but during the festival period it will be available for Rs. 21,999. Minor discounts will be listed on Realme Buds Classic, Realme Buds Wireless, Realme Buds Q, Realme Buds Air Neo, and Realme Watch.

Is Realme TV the best TV under Rs. 15,000 in India? We discussed this on Orbital, our weekly technology podcast, which you can subscribe to via Apple Podcasts or RSS, download the episode, or just hit the play button below.