They’re mixed in with the existing lineup

The Fall Guys Season 2 update rolled out today on PS4 and PC, and so far, it’s a little underwhelming.

If you’re the type of dedicated player who maxed out the first battle pass and won’t mind doing it again for new outfits (like an orc costume) or other new cosmetics (like fancy nameplates), then you’ll be fine.

If you’re someone who adored the first few weeks of Fall Guys but quickly fell out of love with the repetition, expect history to repeat itself – if you even manage to rekindle the flame in the first place. 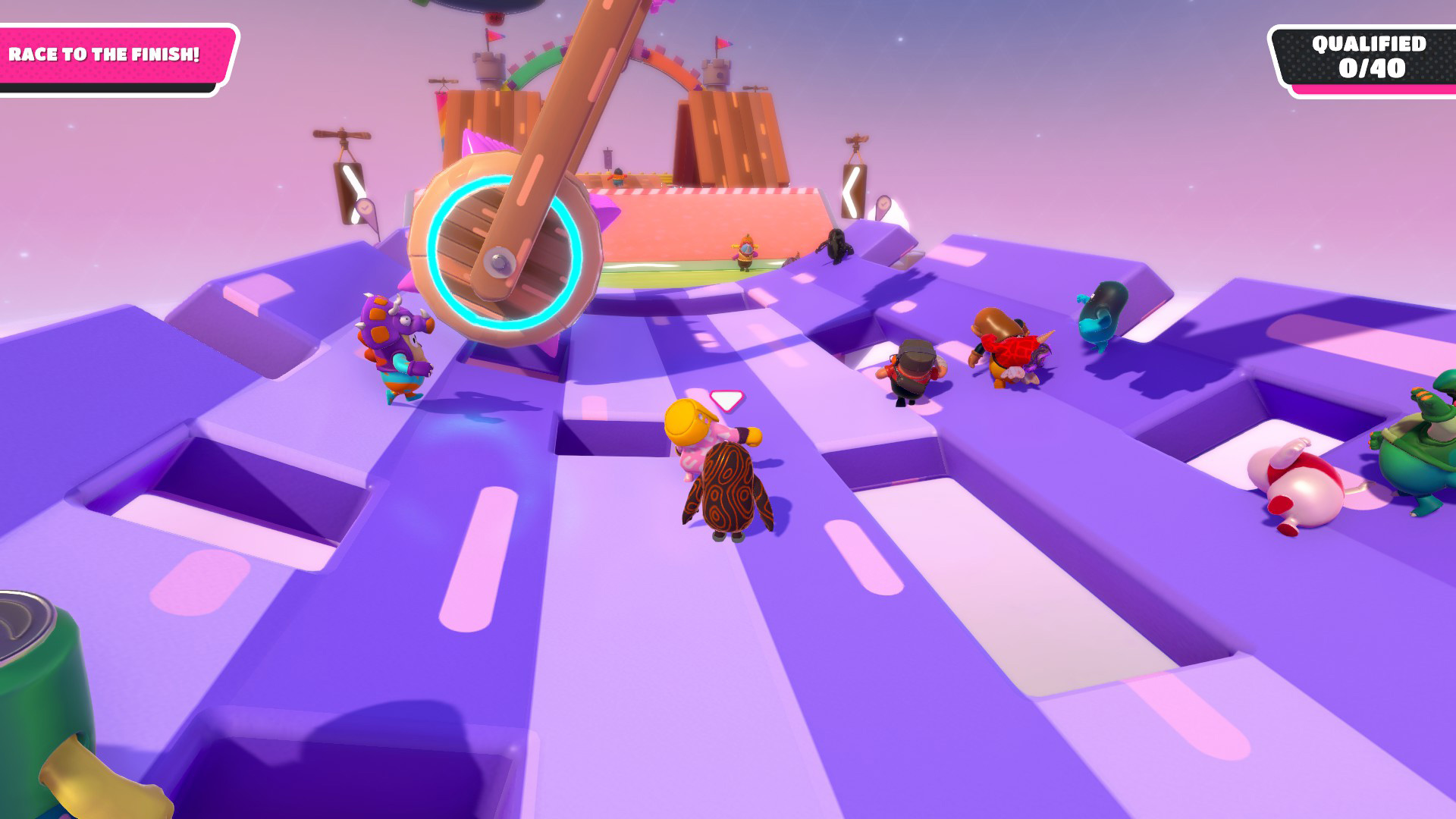 There are four new stages in Season 2 – Knight Fever (a gauntlet race), Egg Siege (a team game with more protected bases), Wall Guys (a stair-building game), and Hoopsie Legends (a solo hoop-diving game) – but there’s no consistent way to access them. Instead, they’re mixed in with the existing levels.

After playing for about an hour, I saw two of the new levels twice. And actually, my main takeaway – the most memorable thing about my session, for better or worse – was an evil seesaw. Look at this. 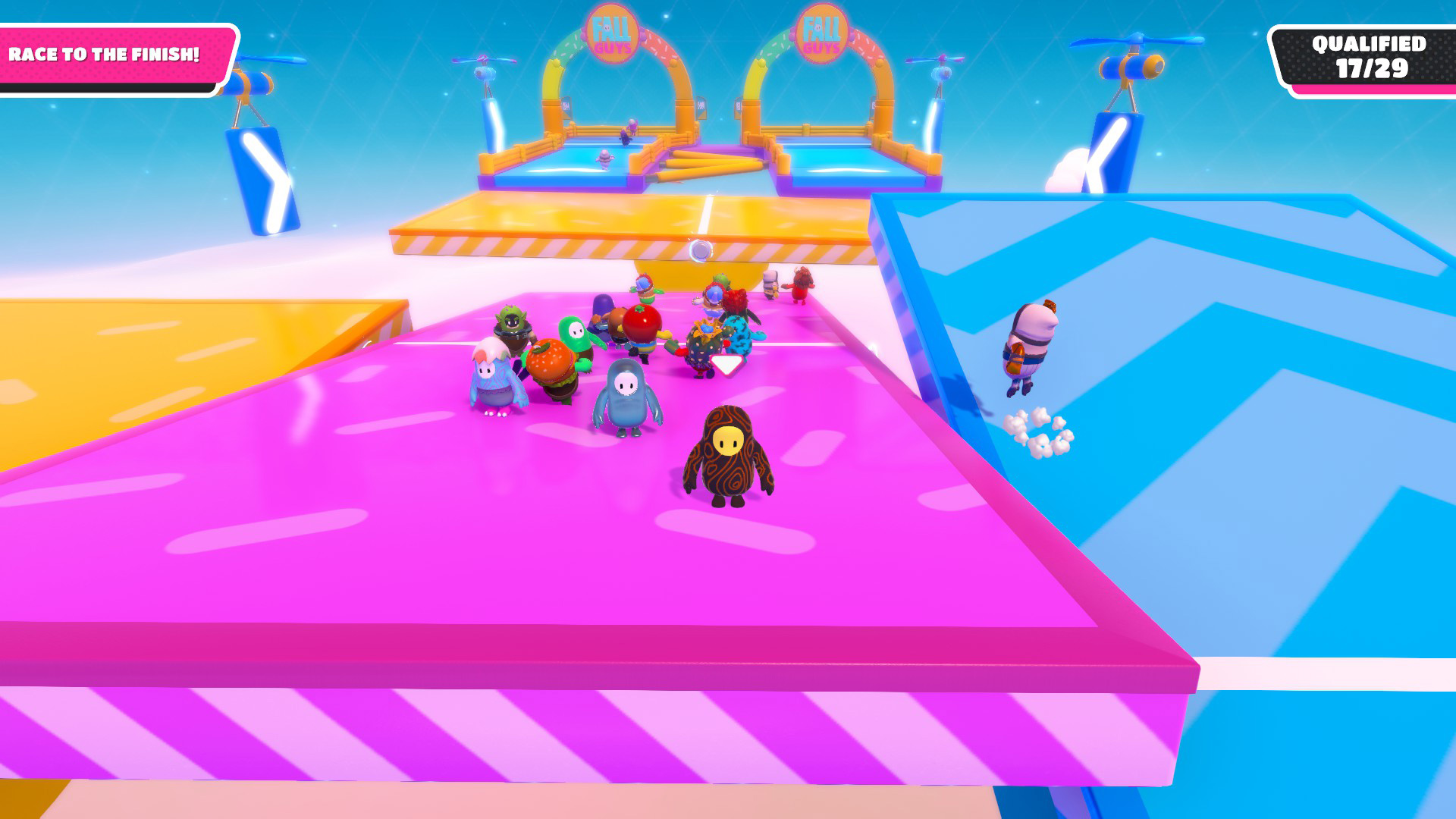 Needless to say, no one in this group of outcasts was willing to work together. The clock ran out.

Some of the other Season 1 stages have disruptive new elements as well – enough to catch me off-guard and, in certain cases, fail to even qualify rounds I haven’t bombed in ages – but the four medieval-themed levels are the main attraction and it’s disappointing that we can’t just hop into them right away.

If you were hoping for drastic design overhauls for your least-favorite game types, keep hoping.

As for the Season 2 levels – the ones I’ve played so far, anyway – Knight Fever is easier than expected (since you can respawn, unlike in Slime Climb) and Egg Siege is tougher than Egg Scramble (since each team’s home base is challenging to get out of and the stage itself is more spread out). They’re okay. 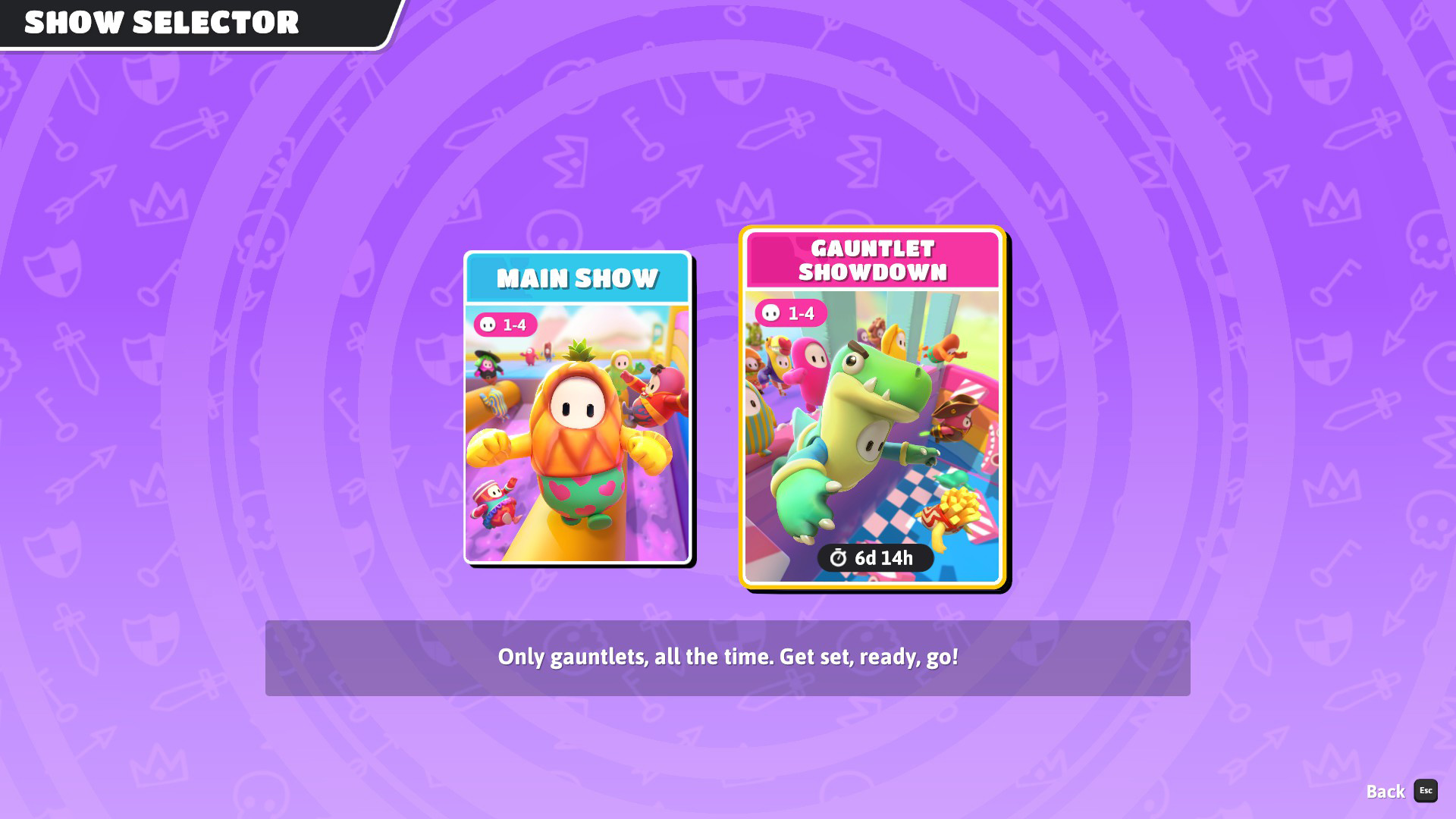 On the bright side, there’s now a Main Show (featuring every game) and a rotating limited-time alternate show. Currently, it’s a Gauntlet Showdown that strips away everything except the race events.

Also, if you’re a base PS4 player, look out for a much smoother frame rate as of today’s update.

I think some Fall Guys players got their hopes way up for bigger tweaks and more new content. I did too, at least a bit. That said, today is only the beginning of Season 2 – there will be more updates.

It’ll be tricky for Mediatonic to keep the most vocal players happy. I’m wishing them the best.