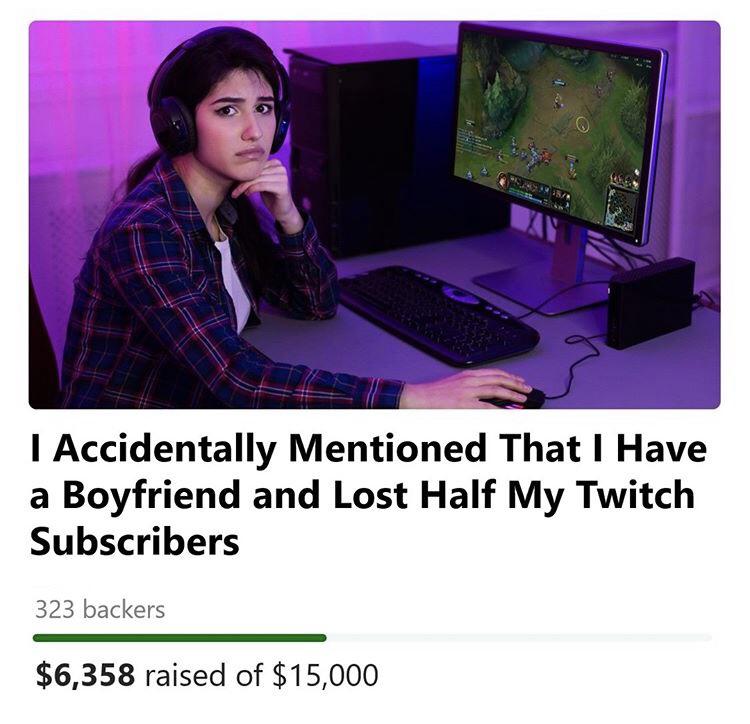 I love the rich implications of the word “accidentally”. If you call something that you said with your own mouth “accidental” you are disclaiming control over your own body; you’re apparently just a passive observer of your own life while your mouth just says whatever. You can claim that you broke the lamp accidentally, but you can’t claim that you were playing lightsaber with the broom accidentally. Speech is inherently an act of volition unless the speaker is not a volitional entity.

Also, accidents are something that people recognize as bad and prefer to avoid. If you say you broke the lamp accidentally that means that at some level you were aware that breaking the lamp was a bad idea, and if you had been luckier or more attentive you would not have done so. So she’s saying the quiet part out loud that she always knew mentioning a boyfriend would be a bad idea. If your income depends on seducing simps with the illusion of availability and you thoughtlessly destroy that illusion with an absentminded remark, that’s not an “accident” that’s being bad at your job.