In Part 2 of our League of Legends Season 10 Samira guide, we will be going over item and rune recommendations. Refer to Part 1 if you missed it.

Samira’s Flair (Q) has a low cooldown and can critically strike. Essence Reaver provides more cooldown reduction, as well as 25% crit chance. Alongside this, the mana gained back from basic attacking will improve her overall sustain potential during the laning phase. Essence Reaver itself has an impressive 70 AD which benefits Samira’s high AD scaling in her kit.

The bread and butter of any ADC in League of Legends, and Samira is no exception even if she has an assassin-like playstyle. Her Flair and Inferno Trigger (R) can critically strike as well. With them being her main damaging abilities, having the extra crit damage will skyrocket her damage output.

Once again, Samira can abuse crit chance items well. Unlike the other Zeal items though, Phantom Dancer, in my opinion, has more benefit for Samira’s aggressive playstyle. The shield from its passive allows Samira to survive for longer in skirmishes and fights, often being a literal lifeline for squishy ADCs and assassins in general. Alongside this, the movement speed passive and the ability to ghost when proccing enables Samira to chase down her targets easier with her already powerful kit.

The reason why I placed these two items here is simply that they provide the same role. They both offer the necessary sustain needed in Samira’s aggressive kit. When to build them, however, is dependant on the game. Death Dance is a safer pick, as the armor and magic resist makes Samira harder to kill when she dives. Alongside this, the healing through ability damage is icing on the cake. It’s passive of negating a small portion of damage taken as a bleed effect is also effective as

Samira can out-lifesteal that damage easily. With a decent 50 AD (attack damage) and another 10% cooldown reduction, Death Dance is simply a good pick.

On the other hand, Blood Thirster has 80 AD and 20% lifesteal that can overheal into a shield. BT has more damage overall and is better when bursting down target’s and applying Samira’s Inferno Trigger. It’s aggressive and reaps high rewards in return for being riskier then Death Dance.

Samira can quickly stack Conqueror with her auto attacks and her spammable Flair. The extra sustain damage fights is very nice, especially with Wild Rush’s (E) reset mechanic and the fact that Samira’s Inferno Trigger doesn’t really have a cooldown. In addition, the healing from max stacks is almost crucial to Samira’s kit, granting that extra healing and sustain early on in the game.

An argument can be made for Presence of Mind, but I really don’t think it really stands up to Triumph. While Samira is mana reliant, I personally never had any mana troubles with her at all. Triumph, I believe, is the better rune simply because it gives extra survivability when diving in and killing an enemy. Maybe if you want to try a Tear build with Samira or, for some reason, if you find yourself with no mana, then perhaps Presence of Mind is necessary. But I truly don’t think I’ll ever use it for Samira.

This is extra early game lifesteal until mid-game, as Samira isn’t really a fast auto-attacking based champion. Tenacity can be an option if you’re planning for late-game survivability, but I think snowballing early on is the better alternative.

Lastly, Coup de Grace is a must. Samira is an ADC with an assassin playstyle, and thus needs the extra damage to clean up fights.

Domination as a secondary tree is by far the strongest of the lot. Taste of Blood gives extra sustain during the early laning phase, while Sudden Impact gives extra lethality whenever you reset your Wild Rush. But the main rune that truly comes into the spotlight is Ravenous Hunter. After getting the unique kills, Samira will be able to heal off all of her damaging abilities, making her that much harder to kill and out-sustain.

For your stats, I recommend bonus attack speed, adaptive force, and your choice of armor and magic resist as the last slot.

Samira, true to her name, is a daredevil. Her aggressive diving playstyle is extremely similar to an assassin, and with her high AD scaling, damage output, and healing, she does the job well and effectively. Sustain damage, dealing potential, chasing potential, and teamfighting are all within her grasp, and fundamentally she is most definitely a broken champ due to the fact that she has too many strengths and not enough weaknesses. Abuse that fact in ranked now before she gets changed or nerfed.

Talking about her weaknesses, she cannot engage a pick on her own. With no hard crowd control, she cannot hold people down. Her Wild Rush is aggressive and needs an ally to use as an escape. And even then it’s a decently long cooldown without a reset. Because of this, positioning is key to make sure you survive fights. She’s susceptible to crowd control as it cancels her ultimate, but the fact that you can flash and Wild Rush during it makes that fact easy to play around. 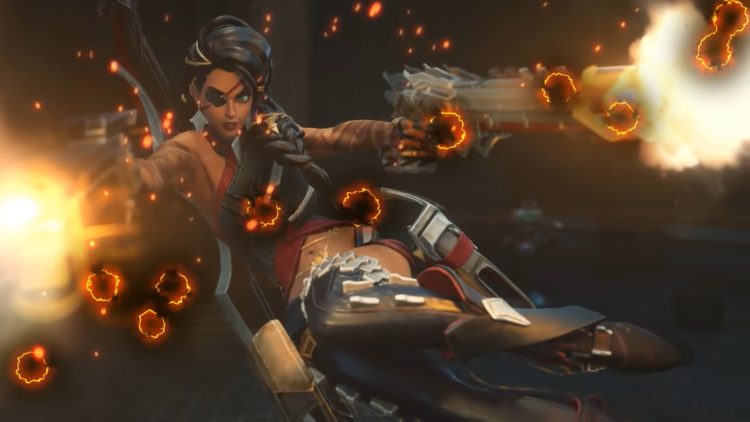 In all honesty, early game is your best bet to truly get ahead. It’s Samira’s weakest stage and is primarily what will determine whether you can carry with her or not. But in the grand scheme of things, all these weaknesses can be almost irrelevant with a good team and good positioning in fights. Samira is a ticking time bomb for the enemy team, and there’s really not that much you can do against her once she is ahead and snowballing to late game.

Overall, play Samira. If you don’t know how to play her, learn her in a few normal games, then use her to dominate the rift because she is fundamentally broken beyond belief.