Crusader Kings III has been out for little over a month now and it’s probably one of the most successful release from Paradox Interactive and Paradox Development Studios.

Ushering in a new era of grand strategy, Crusader Kings III much like the game before and other Paradox titles have a crazy amount of depth to them. To newer players, Paradox strategy games can often feel ridiculously overwhelming. For me personally, the only other Paradox title I’ve ever gotten into was Stellaris – because it nicely eased you in.

For Crusader Kings III it seems like Paradox have learned many great lessons on how to handle newer players since Stellaris. Crusader Kings III is still a massive game, and our contributor BTRE went into some detail as a veteran of their games in a previous review. I, however, am something of a dummy. An idiot you might say when it comes to these big complicated world-spanning grand strategy games. So what’s it like for a true beginner?

Well, it feels just as much an RPG as it does a huge strategy game and I love that. It definitely feels vastly easier to get into than Crusader Kings II, Europa Universalis IV and their others. However, it’s definitely more complicated than Stellaris and takes plenty of time and attention to learn. Thankfully though, they seem to have done an absolutely wonderful job on the introduction and the tutorial this time around. 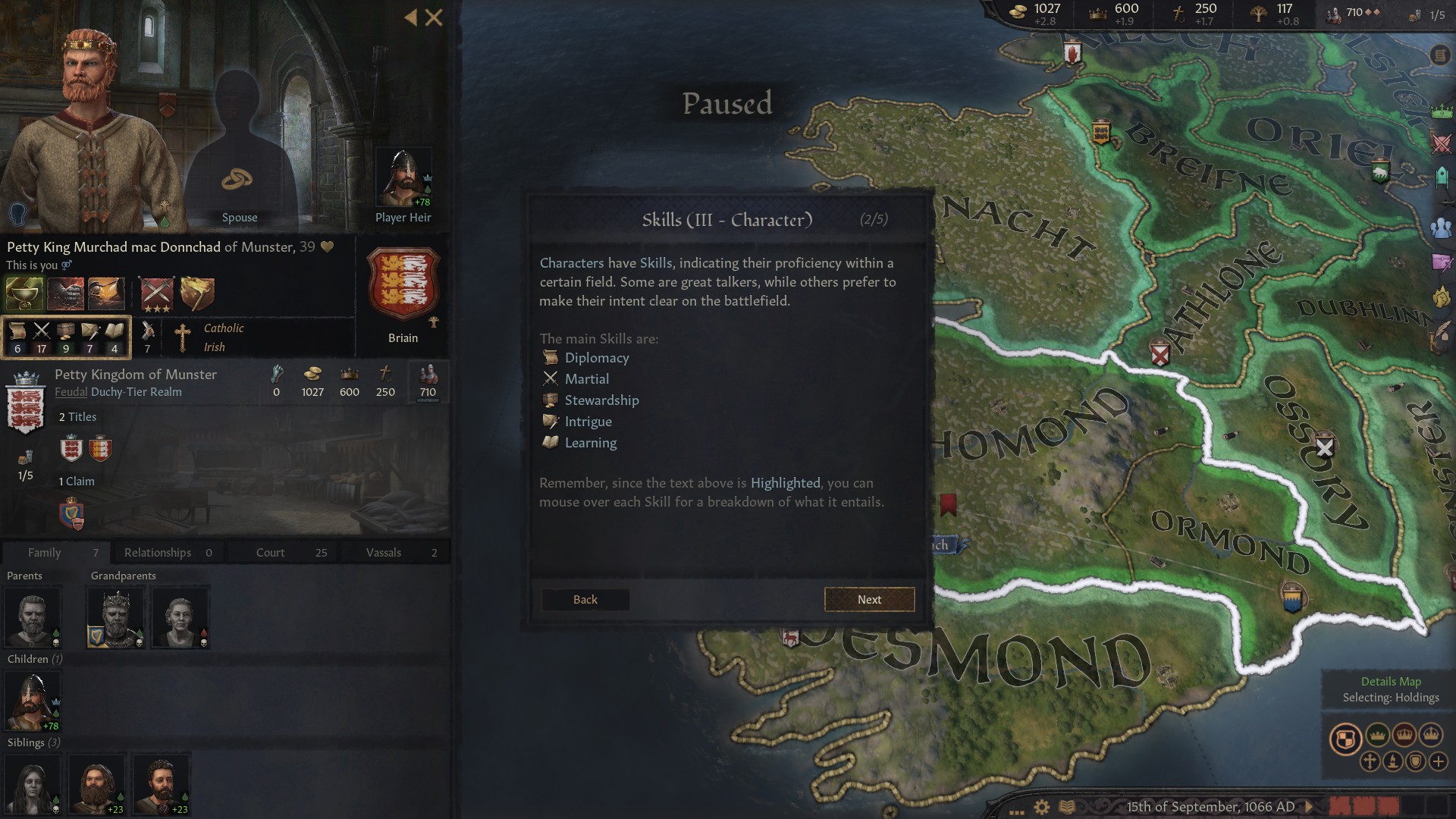 Crusaders Kings III is a massive, and at times quite perplexing game. That much is clear from the first box you get in the tutorial. Part of the fun here is the experimentation, you do need to be willing to do a lot of the learning from clicking around and making decisions to see what it will affect and how your game will change and that’s something you really need to know when going in.

To keep players always close to the information they need, Paradox invested heavily into their tooltips. The amount of information you can get at a glance is pretty amazing as there’s tooltips inside tooltips inside tool…you get the idea. You hover over a highlighted word and a tooltip comes up, hold the mouse there and it will then stick for you to highlight another inside it — a really fantastic system. It’s actually seriously impressive how much thought went into that side of it, clearly lots of attention and play-testing was done to ensure a smooth start for new players.

Tooltips aren’t the only help at your disposal, as there’s also a fully-featured built-in encyclopedia. Whenever you need to look something up, it’s all there and thankfully it’s easy to search through too.

Having such a huge focus on the role-playing side of things certainly helps, as Paradox amplified this quite a lot. Unlike lots of other strategy games, you’re not playing as a nameless thing in the sky clicking around and giving orders. You are the ruler, and you continue playing through as members of your dynasty (be it family or otherwise). There’s no one specific way to “win” and it’s only really game over if you don’t have an heir in place. This playing through heirs is part of what makes it exciting, and it keeps the gameplay constantly evolving as well as being a constant learning experience. While you go through the tutorial it gives you a basic rundown that only really scratches the surface, before patting you on the back and pushing you out the door into a full game that carries on from the tutorial. I love how it does this, since it playfully sets up a game for you as it’s teaching you.

It might seem like Crusader Kings III has be made far simpler than what came before but I wouldn’t say that was true. Every game mechanic seems like it has a complex web of interactions to be had, and some of them have a rabbit hole you can go deep into. What they’ve done is make the surface of the game have a friendlier face, which hides a lot of the really complicated parts until you decide to go diving in. After the tutorial is done, it still sprinkles in helpful notifications about extra parts to learn so you’re not entirely alone right away. 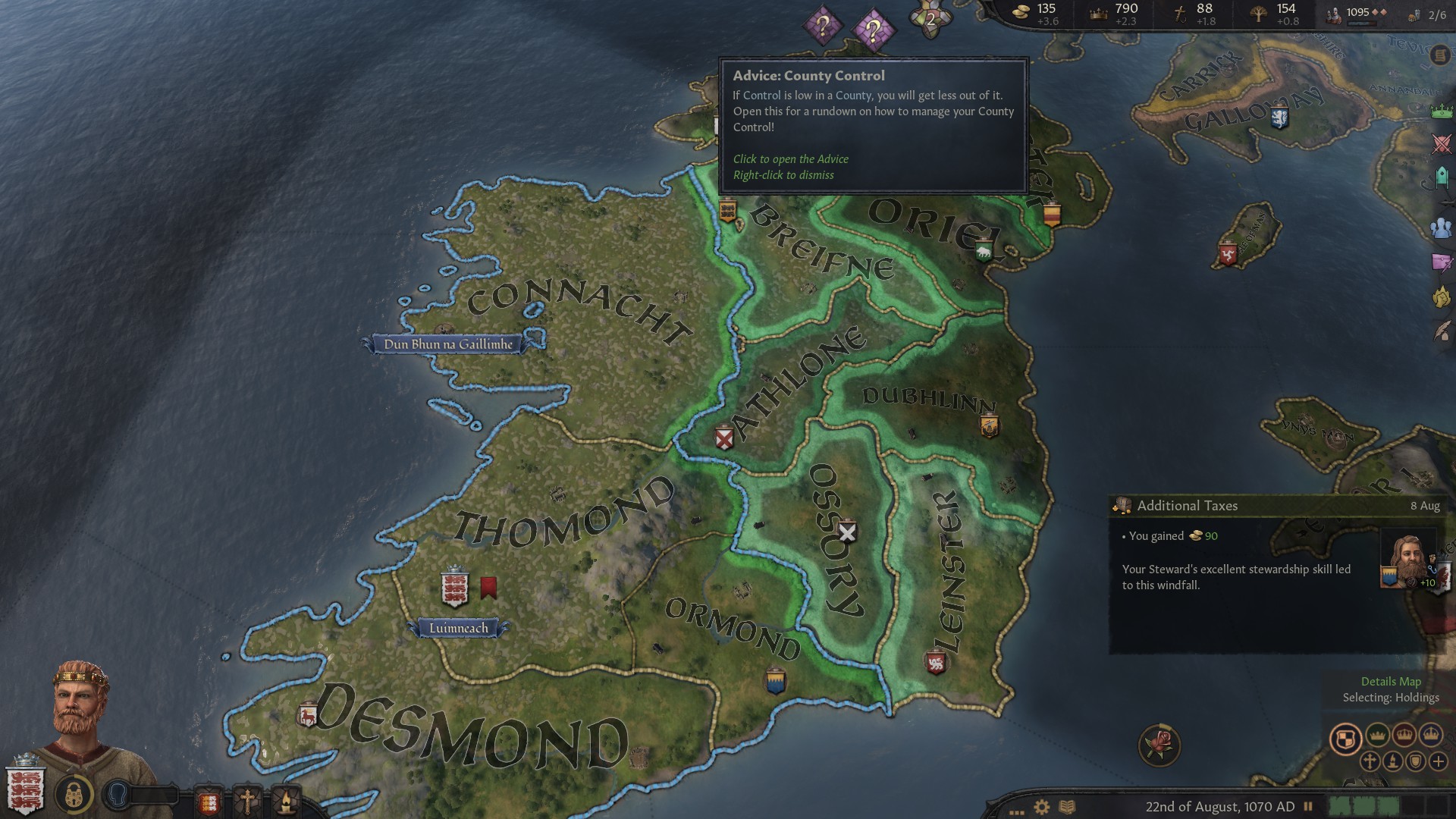 There’s real joy in all the options and all the game mechanics too. Once you’re able to get passed the different types of titles, learning how to manage your family, your ruling council and dive into the likes of the scheming system to put your long-term goals into place. Make people like you, setup an attempted murder and plenty more options. It’s all about playing how you want to.

With a good introduction, performance that seems to be incredibly smooth and highly engaging gameplay it is perhaps no surprise then that it sees well over 40,000 people playing it on Steam each day. This makes it not only one of Paradox’s most popular titles but one of Steam’s too.

Playing with history never felt so intriguing and it never looked this good either as Crusader Kings III is a very lush looking strategy game. I’m going to personally enjoy a great many hours from this. Really, I am quite shocked at how much I liked Crusader Kings III. If I can enjoy it as a self-confessed idiot, no doubt you can too. Since they recently released a colossal patch, it’s a good time to jump in.

You can buy Crusader Kings III from the Humble Store or Steam.

The original release trailer can be found below if you’ve not seen it: