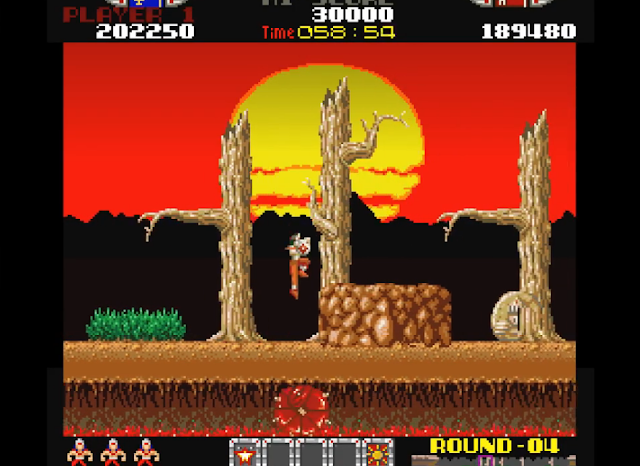 You’d think the Rygar AGA news would take a break by now, considering how many times we’ve featured it and it’s not coming till October. But as of today thanks to our good friend Graeme Cowie of Bomb Jack Beer Edition, he has shared with us a brand new footage tease of Rygar AGA, with a long play exclusive nearly 60mins long! Yes indeed this is the first proper look at the upcoming Amiga AGA conversion of the legendary Rygar game by Tecmo.

As we said many times before for those who haven’t followed our previous write ups. From the creator of Bomb Jack Beer Edition (thanks MCGEEZER!), and a team of people such as DJ METUNE, ROSS, PHX, INVENT and DFLRSILVER, comes a new update which shows the game looking just incredible and well worth playing. It doesn’t just feature new graphical additions across multiple levels, but smooth gameplay, lots of enemies, powerful weaponry and much much more which makes this game look almost as good as the Arcade version!