Meta: Having a VPN in a personal computer has become popular these days. However, it is far better to have a VPN installed in your router. Nowadays, it is only a common occurrence for people to have at least one VPN account. After all, with the way some countries limit access to the Internet, their people have no way but to use the VPN. 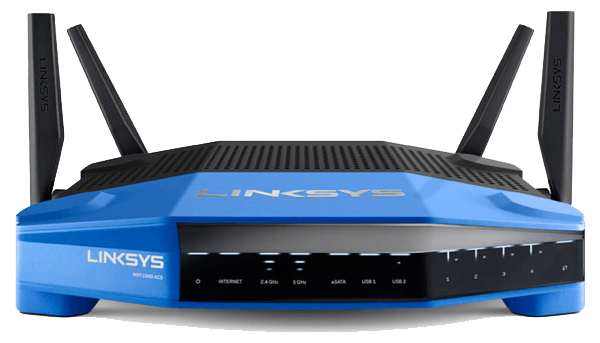 So, they will buy a VPN account from some respectable VPN providers. However, the hardship does not end there. After buying the VPN, there will be other problems arise that the buyer will have to deal with. For example, some VPN providers place a limit on the number of devices that you can set VPN on. Thus, for those who are trying to have VPN available on all of their devices, this is an issue. The solution is actually quite simple, you don’t have to set it up in all of your devices. Instead, you only have to set up the VPN right in your router and then it will link to all devices.

Four reasons why you should set VPN up with the router

1. There will be no need to set VPN up for each device

Whenever you subscribe to any VPN service, you will certainly be given the option to setup it on numerous devices. Some may use the permission to set up the VPN for their tablet, PC, smartphone, perhaps a device for media streaming, etc. Now, after setting all of those up, at most you will only have one more use left. It’s not at all ideal, right? After all, you cannot guarantee that there will not be any more devices needing a VPN. In addition, setting up the VPN on every single device in your possession can actually be a big hassle. You can imagine the valuable time that you have to spend from doing something like that. This is the reason that I believe setting the VPN directly to the router is far better of an option.

Furthermore, you must know that the VPN may cause the portable batteries to lose power more rapidly. They also require more resources from the CPU dealing with decryption and encryption of the data. As a result, putting the workload on a configuration central point, like a router, makes more sense. You can always change things from any device in the network this way, too.

Using a PC to set up your VPN, there is always a chance of it disconnecting without a single warning. This case is especially true if the computer is asleep. However, if the VPN is set up right in the router, then this case will never happen.

Of course, the same logic can be applied to other portable devices such as smartphones. The settings you had chosen previously to manage batteries can cause the dropping of the VPN. Whenever this happens, the potential of your data being transmitted without encryption is high.

If you are dependent on the total anonymity that the VPN service brings, then this occurrence is quite frightening.

You may also use the VPN so that ad trackers cannot stalk your browsing activities on social networks. In this case, a single moment of your VPN dropping will mean that all the efforts have been undone.

3.   Connecting the devices through the VPN will be easier

Typically, VPN accounts will require your password, username, and sometimes particular keys such as two-factor authentication. All of these things will need to be input while the VPN is being set up. Thus, these things are not what you would want your family’s members to mess around with. However, you still want them to be able to engage in private, secure activities on the Internet. In this case, setting the VPN right in the router is the most ideal solution for the issue. Grandparents, parents, kids, partners, whoever that are using the Internet will not be saddled with knowing how to operate a VPN. After all, while the VPN is actually straightforward to grasp, it is not something that all people can get a hold on.

Whether the other ones using VPN are members of your household, or if they are visitors, they all can benefit. This is due to you already taking away the concern by having the VPN running right on the router.

4.  Devices are still protected even if they are not having VPN clients

This is absolutely true for anyone using any device in the house to go online. They are already able to do so using your given credentials. Similarly, the new devices that get introduced to your network will also be able to get online like that. With your router having VPN installed, getting a preferable client is not as hard as it used to be. While the majority of VPNs does have iOS, Android, macOS, Windows supported, some do not have support for Linux. With this method, that issue is no longer hard at all. Furthermore, smaller devices like smart-home or IoT hardware will not be able to get the VPN installed independently. Thus, they will not be protected by the VPN. Yet, in recent years, there have been a bunch of security issues plaguing smart-home hardware. These issues are not at all dangerous if the hardware can connect through the VPN. The solution, as always, is to set the VPN up in your router. After all, any device that is on this network will then be connected to the Internet through that VPN. Security and privacy are now all under the controls of your whims.

Disadvantages of having a VPN set up in the router

While it is quite advantageous for you to have the router installed with some VPNs, it is not all ideal.

Setting up a VPN in the router can also mean that some issues will pop up like:

In the case of you wanting to use some local services or resources that block VPNs, there will be issues.

For example, the BBC iPlayer of the UK will block all VPN access even from inside of the UK. It does so thanks to the help of a VPN server of the UK.

There are other sites as well as services following this example. At the moment, the only thing that you can do is to disable your router’s VPN.

2.   Speed and bandwidth are lower

Through setting the VPN up in the router, essentially you are converting it into some kind of gateway.

This will result in the Internet connection getting slower if all of the data is coming through this route.

The answer to this situation is usually the distance between the VPN server and you. It can also be the encryption requiring too much processing.

3.   When you switch VPN provider, you have to change credentials manually

This is an obvious yet very frustrating task that you will always have to do.

There is just no escaping from this process, as changing to different VPNs means you must manually revisit the credentials. Of course, changing the password also requires you to do this.

4.   Few routers have support for VPN

There are not many routers out there that can support the functionality of the VPN client.

Thus, if the one you are using does not support VPN, you will have to buy a new one.

All in all, it is greatly recommended for you to set the VPN on your routers. Of course, this is only if your Internet speed is better than average.

Technology, vpn, modem, Router, Set Your VPN , The Router  Of The Pc, Router setting vs vpn

Mohsen Daemi|News author and moderator for news and gaming articles in ultragamerz.com. Mohsen as video games news reporter along everybody in ultragamerz work hard to bring you all the gaming news from direct and trusted sources. Mohsen provides the most recent news and trends of gaming. He has been Working last 6 years on online platforms, medias and online publishing. He was a contributer for fotoup.com and now in popular-photo.com. Mohsen is based in Massachusetts. In ultragamerz we provide the most recent news of technology and gaming.