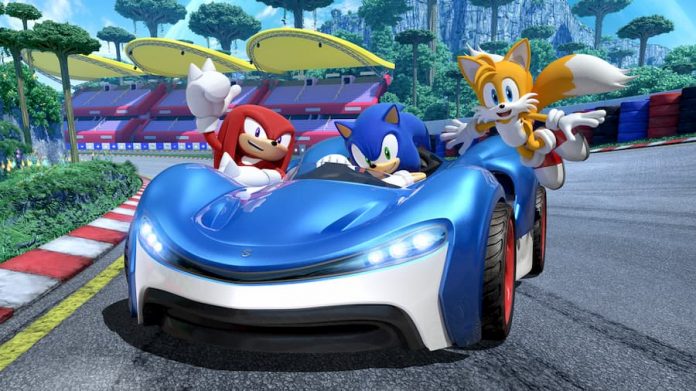 It can be disastrous if you or a member of your team crashes or gets hit by a weapon in Team Sonic Racing, but by using Skimboost you can quickly get back in the game.

Skimboost allows players to quickly get back up to speed after an accident in Team Sonic Racing, which can mean the difference between victory and defeat. Therefore, you should make use of it whenever possible.

To perform a Skimboost, you need to drive very closely to a member of your team who’s suffering just after an accident. As you drive past them, you’ll grant them a sudden burst of speed, getting them back into the race quickly. The bigger the difference between your and their speed as you drive past, the bigger the boost they’ll receive.

When playing Team Sonic Racing alone, you’ll be thankful to hear that the CPU will often assist you with a Skimboost if you make a mistake. As a team, try to perform Skimboost as frequently as possible, as it’s an action that adds to your Team Ultimate gauge. And when the Team Ultimate gauge is full, the momentary burst of speed and invulnerability it provides is invaluable.